Maybach Music Group boss Rick Ross isn’t ready to write off Kanye West – yet. The hip-hop star went online recently to dish on his past collaborator and the drama he’s sparked from social media rants to a head-scratching run for president.

In a new interview, Yung Renzel said he needed to speak to Kanye before feeling inclined to distance their relationship. Ross also said West needed to clarify what’s really going on in his life right now.

“He actually had somebody reach out to me last week,” Ross said referring to Kanye. “I actually slept through the phone call but um, I just don’t want to drop him on his head yet because it ain’t clear to me what’s going on. I haven’t really did any due diligence, I just see what headlines come across and we know a lot of that sh*t be inaccurate. So I’m going to wait for his phone call again and hopefully I’m up to catch that motherf*cker to ask him a few questions and then after that, I’ll have the answers myself and you know if it’s some sh*t, he gotta clarify some things because it ain’t looking good. Tell him that. It’s not.” (Billboard)

This past weekend, Ross appeared to extend his hand out to Kanye. Ricky Rozay said West had the green light to hold his popular Sunday Service gospel choir events on his lawn in Georgia.

“Tell ye to have Sunday service on my lawn.” -Rick Ross’ Twitter

In addition to having a ton of celebrity support, Kanye’s Sunday Service events are typically jam-packed and filled with amazing music.

A few days ago, Kanye made headlines for not making the minimum amount of signatures needed to appear on an Illinois presidential candidate ballot.

Last week, buzz developed about Kanye allegedly confirming his plan isn’t to win the presidency but to take away votes from Democratic presidential candidate Joe Biden. 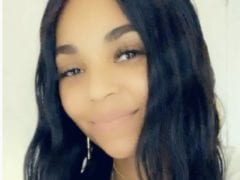