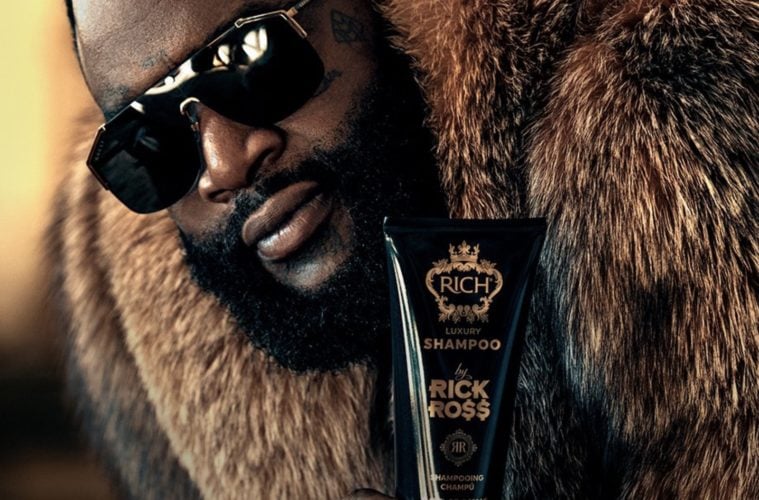 Rick Ross Reveals His Head Games Start Up Next Month: “Get Ready To Boss Up!”

Maybach Music Group’s Rick Ross is getting to everyone’s hair next month. The hip-hop executive has revealed his new line of hair products are set to launch in the coming weeks.

Yung Renzel went to Instagram this week to break the news to his 7.6 million followers.

Get ready to #BossUp! My new hair & beard products @RICHbyRickRoss will drop April 2018.

Ricky Rozay previously went to his Instagram page to announce his hair products would drop this month.

Excited about a new year and this new venture @therichhaircare grooming at its finest.Living and loving life is something we gotta do daily.Request it at your local stores. #RichHairCare

Heading into the weekend, cameras spotted Ross clocking in some daddy duties around Miami.

Rick cradled his baby girl, Berkley, on Friday while he cruised around the Bal Harbour Shops. The baby’s mama, Briana Camille, and Rick’s older daughter, Toie, were also along for the fun. We gotta say, Rick’s looking good after 4 days of being hospitalized. (TMZ)

A few days ago, a disturbing 911 call surfaced from when Rick Ross’ friend called for medical help at his house.

A male caller claims Ross is breathing heavily, was throwing up and had taken medication earlier but needed an ambulance. The caller also mentions Rick’s previous history with seizures. We broke the story … Rick was rushed to the hospital after someone called 911 to report he was unresponsive and “slobbing at the mouth.” As we reported … he spent 4 days in the hospital and at one point was in ICU and put on ECMO, which assists respiratory and heart functions. (TMZ)