Yung Renzel went to Twitter this week to break the news to fans.

Roommates, we can report that Rick Ross is a pappy again! The rapper and IG fitness model Briana Camille welcomed a daughter over Labor Day weekend. While we can’t confirm the status of his relationship with Briana, we know that Ricky Rozay is currently in a serious relationship with Twitter executive Liz Hagelthorn. (The Shade Room)

Months prior, Briana has flexed her tummy across social media. 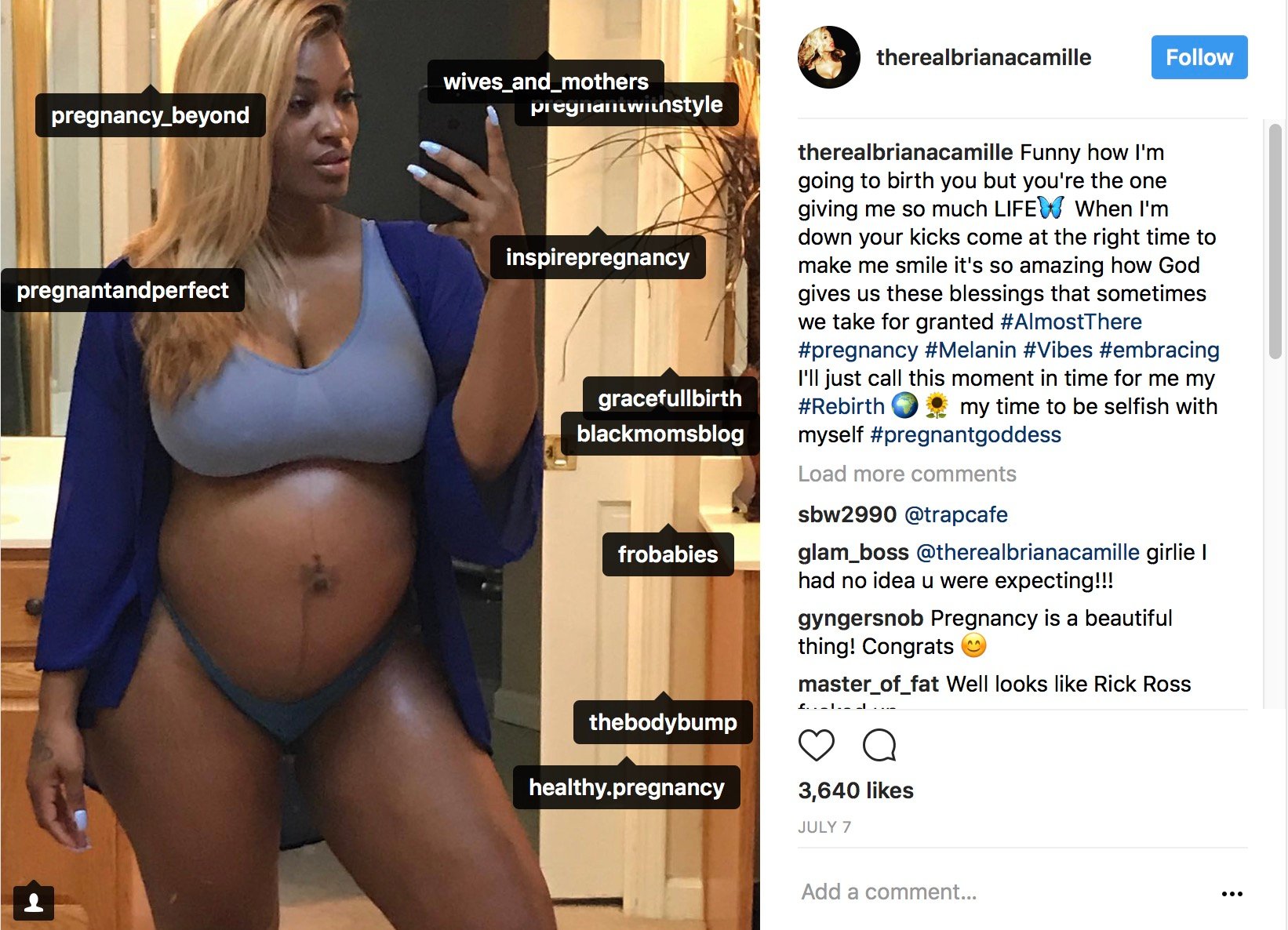 Fitness Enthusiast Briana Camille announced a few months ago that she was expecting a child. And almost immediately speculation grew that her child – was fathered by rapper Rick Ross. Briana, who is active in the Army, definitely has a friendship with ROZAY. She has yet to publicly announce who her child’s father is. (MTO News)