Maybach Music Group leader Rick Ross might be low-key or even high-key pulling for the Money Team. The hip-hop stud has saluted boxing icon Floyd Mayweather Jr. ahead of his upcoming Conor McGregor pay-per-view fight.

Yung Renzel went to Instagram this weekend with a shot of himself watching Money Mayweather train. 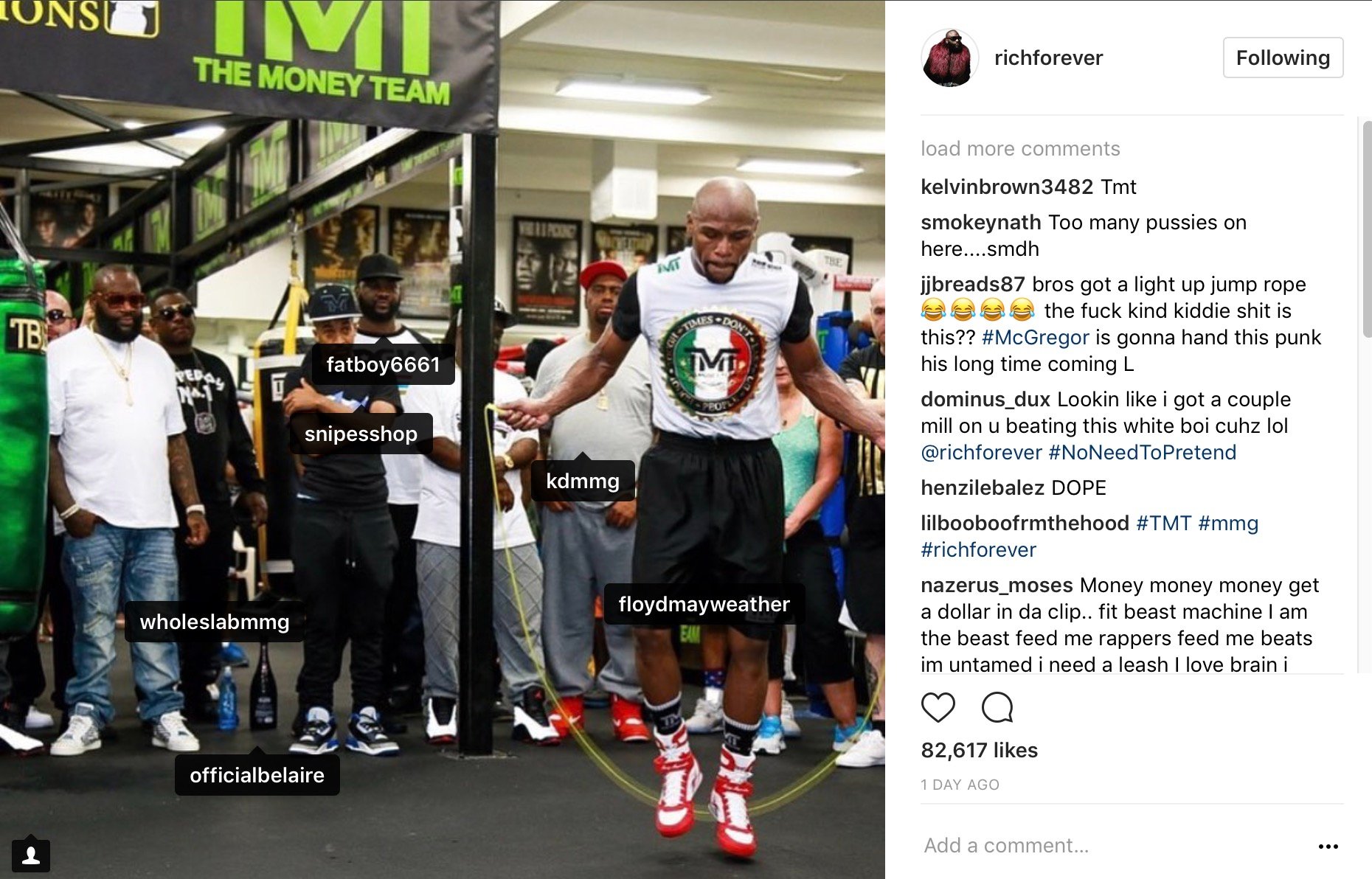 So what’s the significance of the C.J. Watson jersey? Well, Watson allegedly slept with Floyd Mayweather’s ex-girlfriend, Josie Harris, back in 2010 and when Floyd found proof, he allegedly beat her and threatened both of their lives. (HNHH) 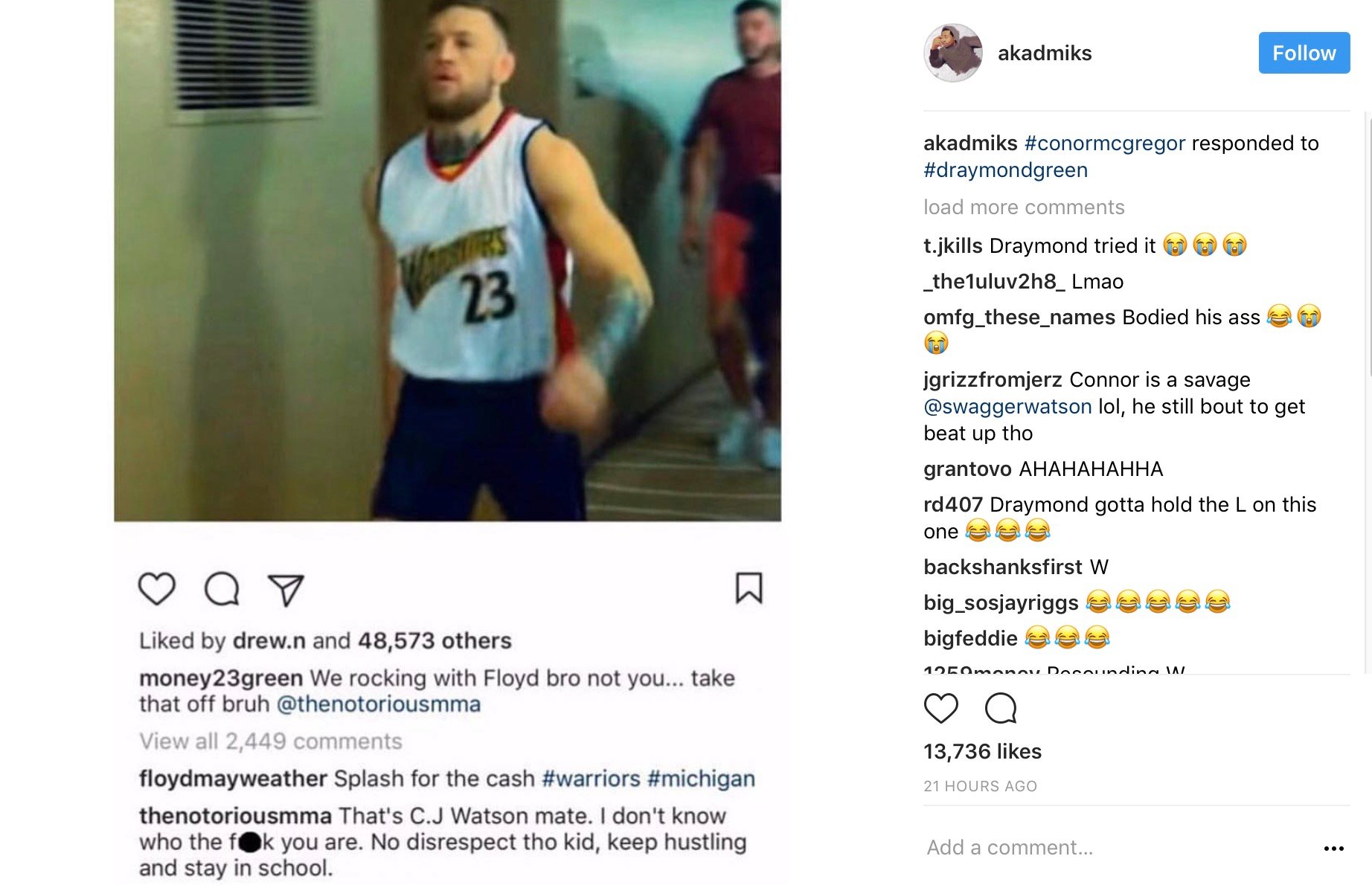 Earlier in the week, Conor McGregor clapped back at shade fired his way from Golden State Warriors’ Draymond Green. 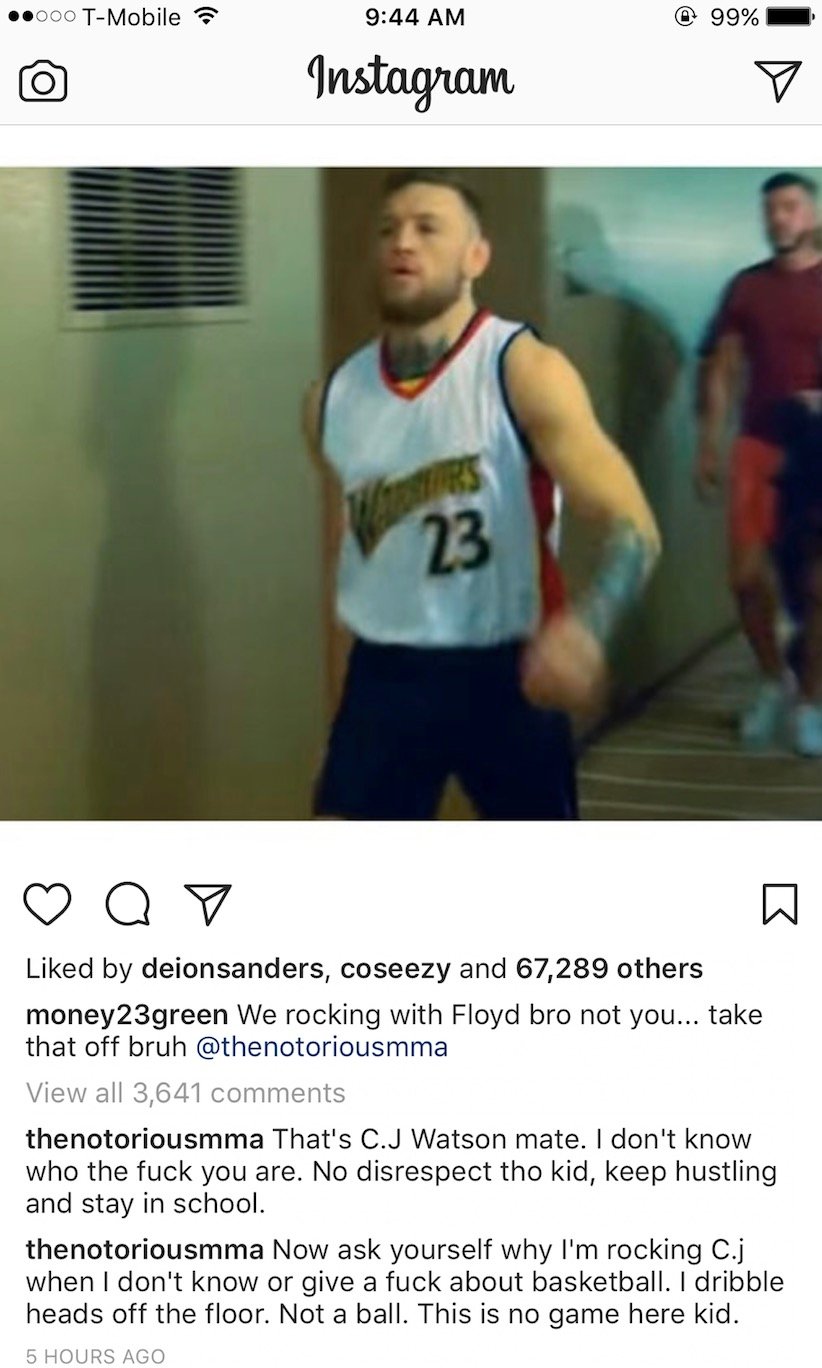