Maybach Music Group’s Rick Ross is following Jay Z‘s blueprint. The hip-hop star has partnered up with private plane company JetSmarter to give fans a chance to meet him in-person aboard a flight.

Jetsmarter has announced plans to allow new members to fly on a private plane with the rap star next Tuesday (March 21) from Miami to New York.

During the flight, Ross will discuss his new album and his career. JetSmarter – of which Jay Z is an investor – offers unlimited seats on private planes for $15,000, with regular flights to & from NY, LA, Miami, Atlanta, Chicago, Las Vegas, Orlando and more.” 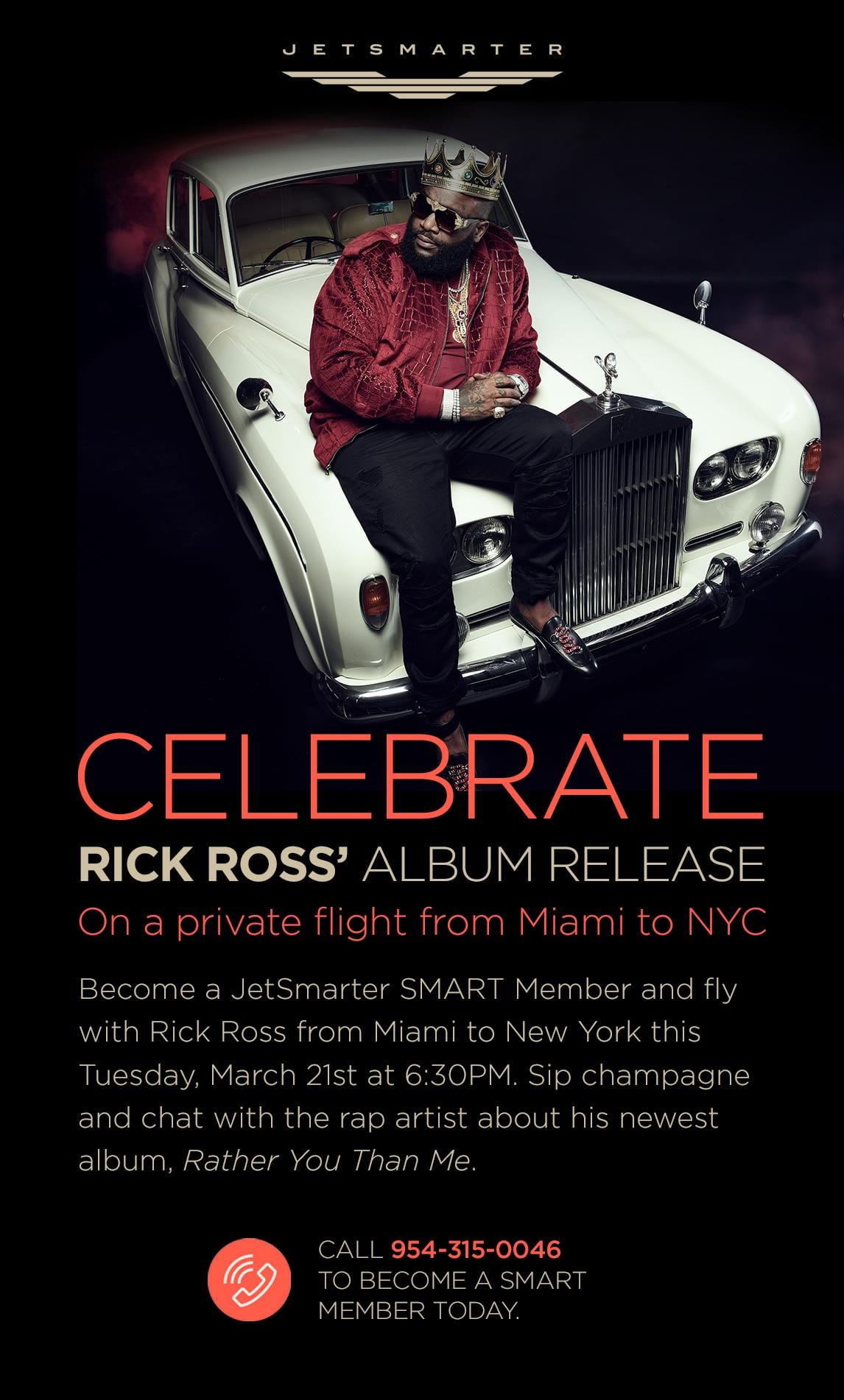 Jetsmarter founder Sergey Petrossov has issued a statement on the bawse move.

“At JetSmarter, we are excited for our members to meet Rick Ross. With this event, we are creating priceless opportunities, both in the air and on the ground, that are only possible thanks to JetSmarter,” said Sergey Petrossov, Founder of Jetsmarter.

Back in March, Terror Squad rapper Fat Joe relied on the JetSmarter service.

I ain't gonna lie, @JetSmarter saved me on this one. Best private jet company for business folks. pic.twitter.com/7WDTCyxFCl

A couple years ago, Jay Z made major headlines for investing in the growing private jet company.

The high-rolling rap mogul recently invested in an app called JetSmarter — which allows users to book a private jet in a matter of seconds. The lavish company, which is often deemed the Uber of private jets, announced Thursday that it had closed a $20 million round of investments. (NY Daily News)