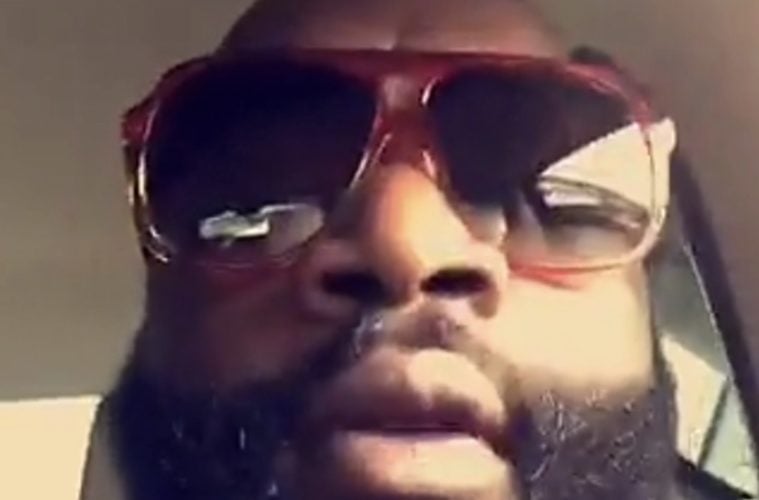 Maybach Music Group’s Rick Ross might need a new closet just for his sneakers. The hip-hop veteran hit up social media this week to share an insane shot of new kicks sent his way from longtime pal and Miami Heat star Dwyane Wade.

Yung Renzel went to Instagram Sunday with a salute to D-Wade for a sneaker hookup.

Recently, Rick Ross and N.O.R.E. hit up IG to shout out Wade on an epic game-winning shot against the Golden State Warriors.

Such an incredible player and @NBA run! Congrats and thanks for everything you've done and continue to do, @DwyaneWade – #HallofFame'r #SOHHNews pic.twitter.com/o5VmB6chMG

Can't even fake – that was EPIC! What a way to go out on your final season! Hall of Famer tings! @noreaga @DwyaneWade #SOHHNews pic.twitter.com/yxorjga9oR

Hours prior, Wade shocked fans by putting up a last-second epic shot.

Even Wade had to hit up his Instagram page to relive the moment.

2-27… It’s something about this day. WoW! This game can bring you to your lowest and take you to your highest. I LOVE this game. #onelastdance #heatnation

Feb 2018…I’ll never forget the warm welcome back to Wade County. Miami is not just a city I play for….it’s Home. The moment in this pic says it all: This is my House! #WadeBackWednesday #OneLastDance