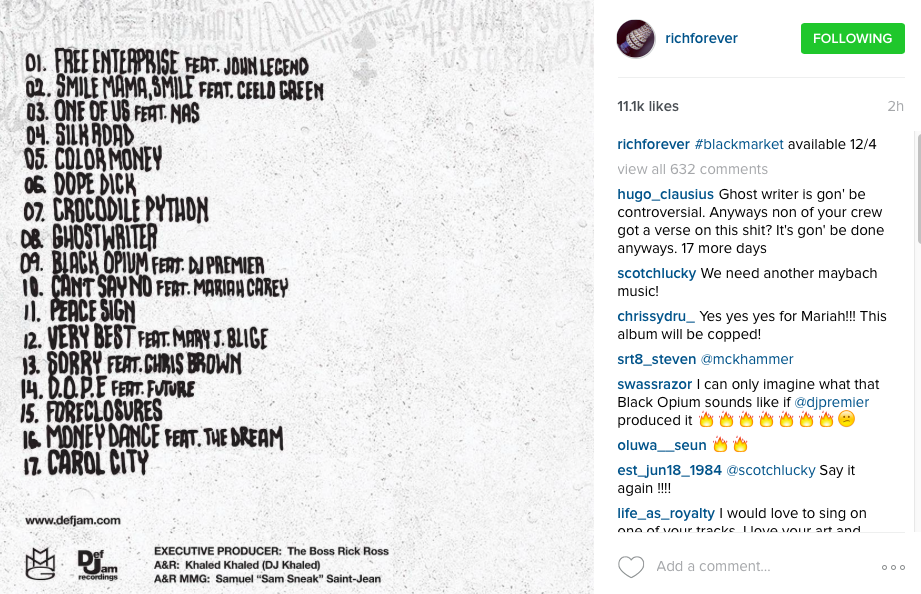 According to Ricky Rozay, MMG could ultimately end up at the same label home he goes to following his upcoming final Def Jam album release, Black Market.

On Twitter and Instagram Rick Ross posted a photo hanging out with L.A. Reid and Breyon Prescott, along with a caption that seems to hint that the two are entering into some sort of business relationship. (DJ Booth)