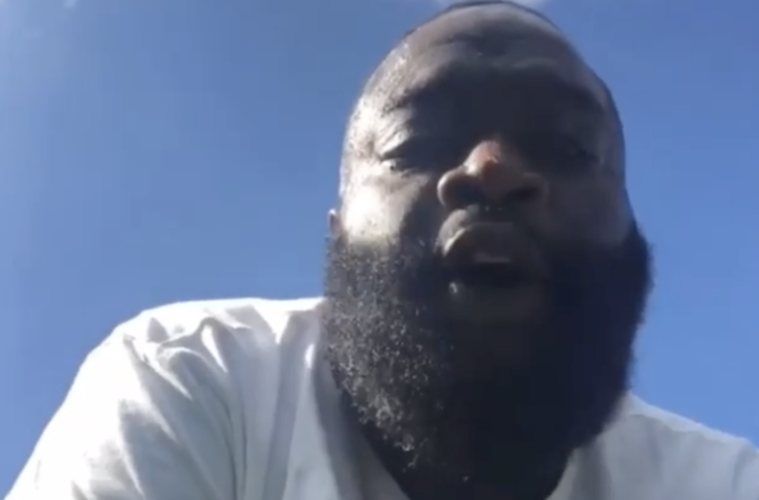 Rick Ross Flames His Competition After Whooping Them In Basketball: “We Beat You Worse Than That”

Maybach Music Group leader Rick Ross is having the time of his life this spring. The hip-hop veteran has shared some hilarious footage of himself talking big talk after a basketball game.

Yung Renzel went online this week with some must-see content. Rick Ross shared a clip of himself on the basketball court boasting about earning a win against some unnamed competition.

“Rick Ross out here catching dubs: “we beat you worse than that” 😂🏀” -SOHH’s Instagram

A few days ago, Ricky Rozay went to Instagram with some epic clips. The videos feature him balling with his son William Roberts III at his home court.

“Rick Ross shows off his hoop skills while playing one-on-one with his son. 😂” -The Hip Hop Wolf’s Instagram

Yung Renzel went to Instagram last week to hype up his daughter Toie Roberts graduating from high school. Rick Ross shared footage of himself hugged up with his mini-me.

In March 2020, Yung Renzel delivered a few looks at how his teen twin turned up for her birthday. In the pics, they are both smiling and chilling in Miami.