According to reports, Fif has agreed to pay millions to Leviston for leaking her sex tape back in 2009.

50 Cent has agreed to hand over $6 million of Rick Ross’ baby mama’s $7 million sex tape judgment as part of a proposed $23.4 million bankruptcy repayment plan. Under his debt proposal, filed May 17 in U.S. Bankruptcy Court in Connecticut, Lastonia Leviston will get the lump sum in exchange for dropping her $7 million sex tape case against him, and if 50 Cent doesn’t pay within 30 days, Leviston’s original claim will be reinstated. (Bossip) 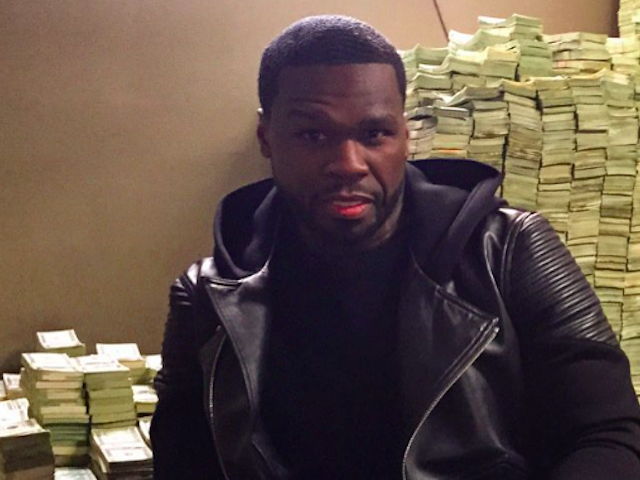 Lawyers worked “very hard to reach a compromise mechanism,” Judge Ann M. Nevins said at the end of the more than one-hour session in Hartford. A third and final disclosure statement that will include changes such as a provision calling for a bond will be submitted May 27. The plan, which is backed by 50 Cent, is intended to provide information to those with claims against him before they vote on a reorganization plan. (Courant)

Reports earlier this week revealed how much of a hurdle 50 had in his pricey bankruptcy case.

While The Get Rich or Die Tryin’ star, whose real name is Curtis James Jackson III, previously said he was only $28 million in the red, it has been revealed he is actually $36 million in debt – and he only has $19 million in assets, according to the documents obtained exclusively by Daily Mail Online. (Daily Mail Online)

In mid-April, reports claimed 50 would reach a multi-million dollar plan to settle his bankruptcy drama.

Fiddy plans to dole out the biggest pay-out to headphone company Sleek Audio, with $17.3 million, according to court documents obtained by the gossip site. He also pledged $4.9 million to Sun Trust Bank and said he plans to liquidate some of his assets to cover the massive debt. The hefty proposal would work out to roughly $400,000 a month. (New York Daily News)