A new picture has surfaced of Lira hugging up the 6 God and shouting him out for a special gift. 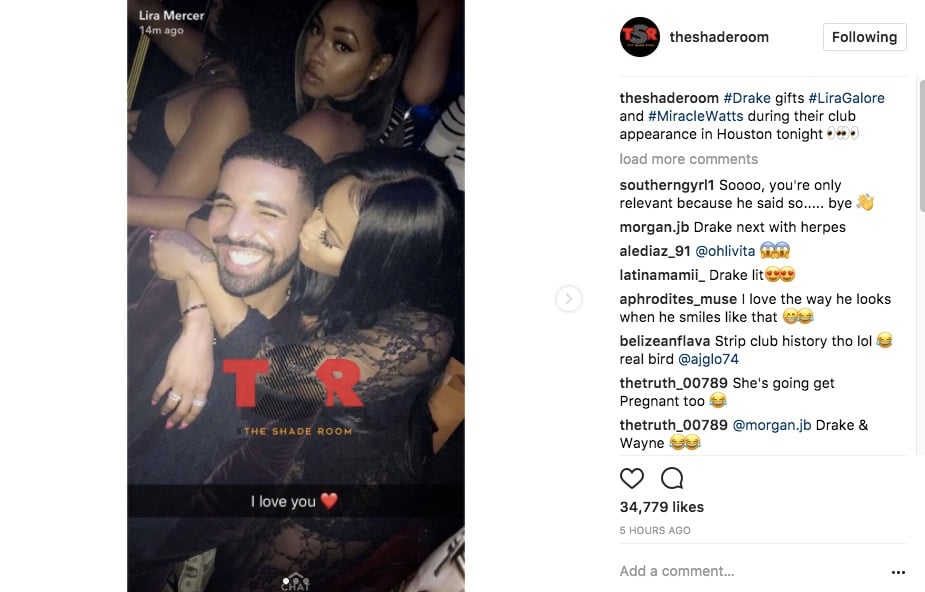 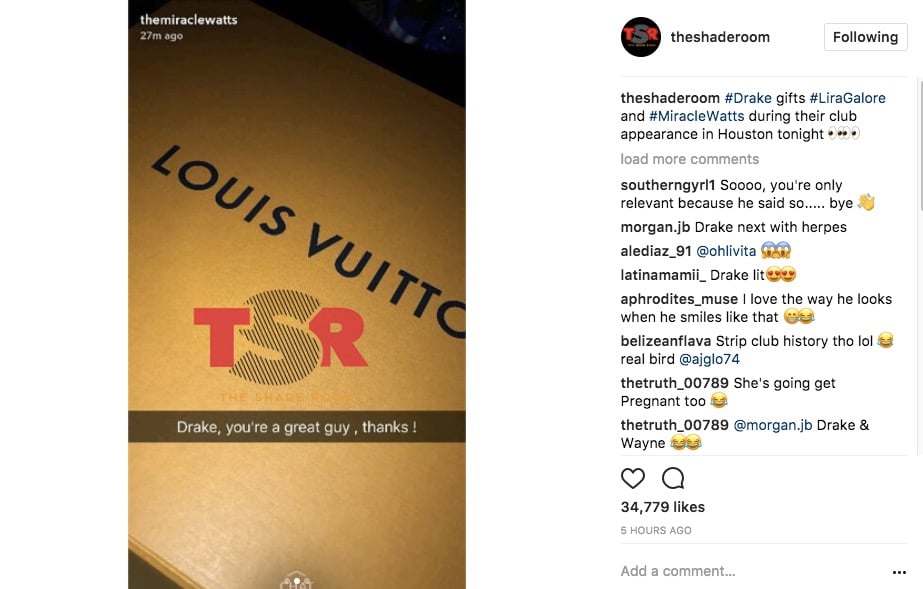 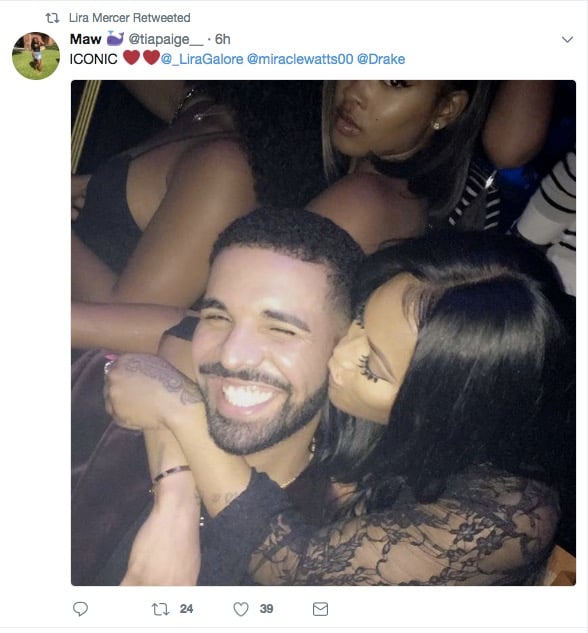 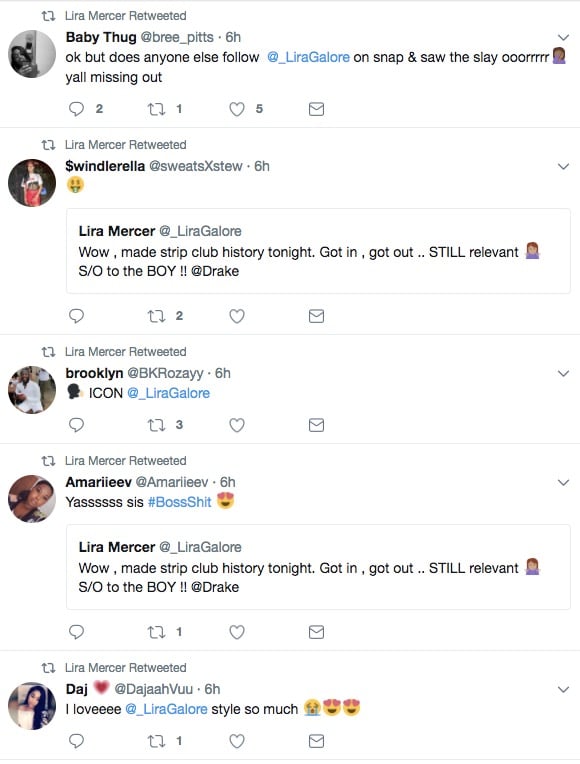 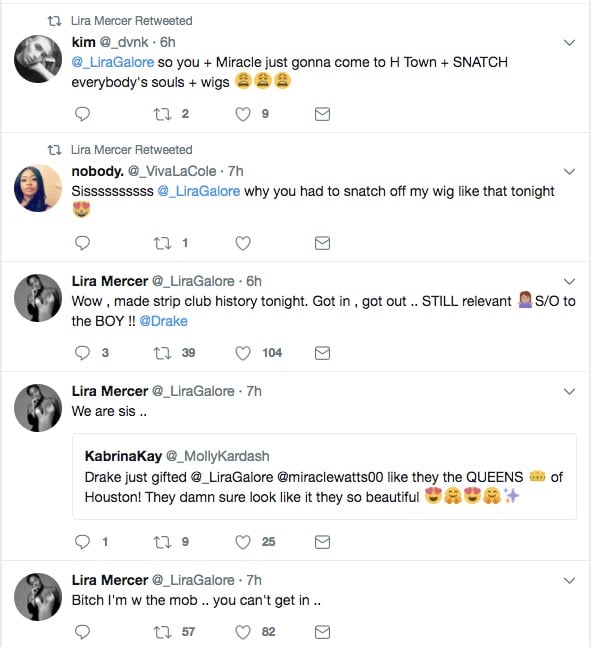 Back in March, Lira’s ex-fiancé Rick Ross spoke out on their split.

“I don’t recall how we handled the ring,” Ross told host Wendy Williams when asked about Lira’s ring. “It was an extremely nice ring but I just know however we worked it out, she was cool with it because that’s what I wanted. That’s what was more important to me – I must admit, I made mistakes. It’s nothing personal.” (“Wendy”)

“We just decided to go our separate ways. I’m 22 and this was my first time in love and I put it out there. I’m still in love with him, but some things don’t go as you would like them to go – I’m fresh out of a breakup, so I’m not looking or worried about anybody right now. There were other things going on, so we parted. … Biggest misconception about me is that I’m a ho, because I’m not. I’m judged by my looks and just because I look a certain way, just because I’m dressed sexy, doesn’t mean that’s only what I’m about. The photos you see online are just a small part of my lifestyle. I’m not in lingerie and sexy dresses 24 hours a day, 7 days a week.” (Global Grind)