Maybach Music Group‘s Rick Ross is going to have to dig deep into his pockets to make things right with Uncle Sam. New reports claim Yung Renzel owes nearly $6 million in back taxes.

According to gossip news, Ricky Rozay is going to have to pay up or risk his possessions getting jacked by the government.

The Bawse has kept busy as of late teasing fans about a potential Pizza Hut venture being in the works. 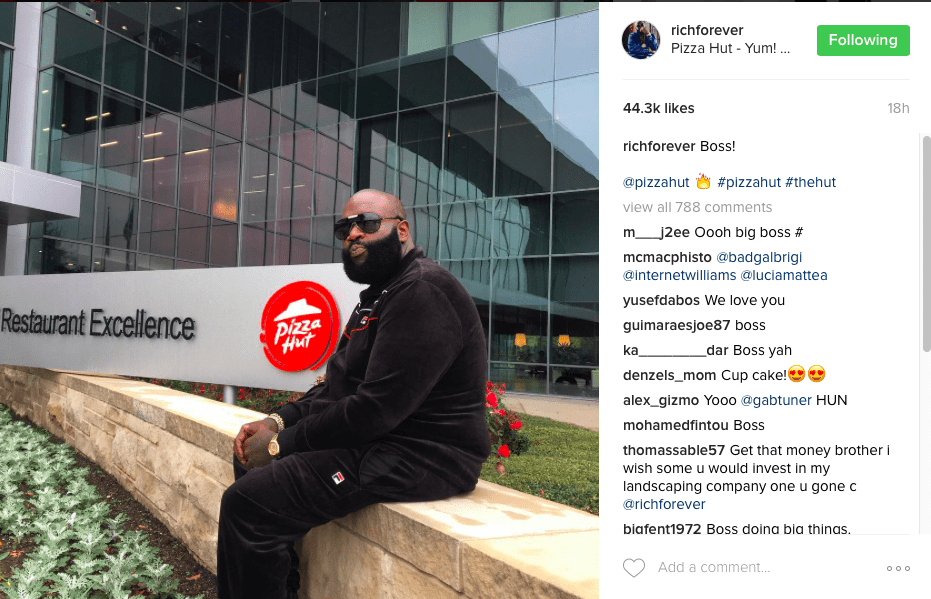 Back in September, Ross hooked up with Checkers CEO Rick Silva.

Earlier the same month, Ross hinted at plans to launch his own clothing line in the coming months.