Instead of directly discussing his decision, Quan allowed his sidekick DJ Fresh and Twitter followers to speak out. 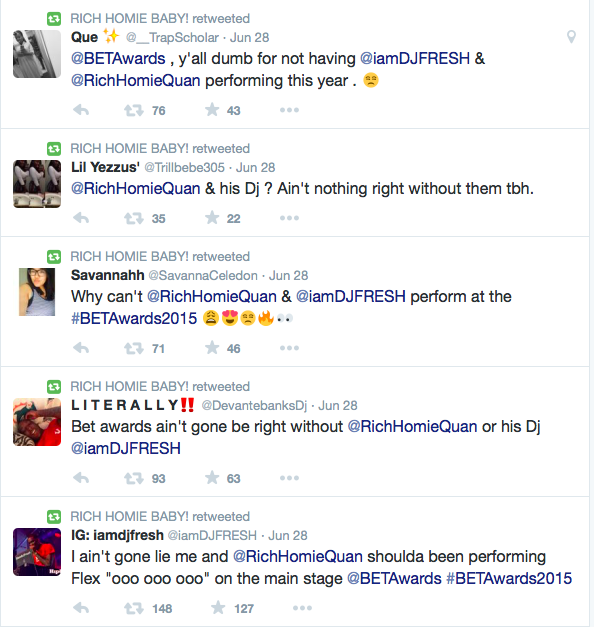 Check out where the issue stemmed from on the next page…

According to reports, Quan’s issue with the BET Awards stemmed from an incident a day prior.

RHQ was supposed to be on the telecast, but according to our sources … he showed up to rehearsal Saturday and was told by producers he’d be the headlining act for the red carpet pre-show … which did not go over well with him. We’re told Quan was pissed, feeling totally disrespected. Our sources say Quan and his people got into a shouting match with the BET honchos … and when BET refused to budge, he bailed and went back to Atlanta. (TMZ)