A couple hours ago I lost my Best Friend to a horrible disease that there is "allegedly" no cure for. We have been friends for over 25 years; we met as kids still in elementary school. We have been hungry together, & homeless together & we have experienced child birth together & traveled around the world together. It was a time growing up when I thought she was the prettiest girl in the world; she really was beautiful, & even as she got sicker she remained beautiful to me because she had such a beautiful heart & spirit. I can't imagine what my Goddaughter feels right now but if it's 1% of like how I feel, she is devastated. I saw my friend 6 days ago and we talked just like always but I knew our time was limited. I drove 4 hours to see her & promised I'd be back this week. Unfortunately, I had to do press for 3 days straight and I called her lovely sister at 4:30am explaining how I would come straight there tonight after my performance in Connecticut... I'm still going, she just won't be there when I get there. I can't believe she is gone. I love you Monica, always & forever. I watched this video so many times. I don't even know what to say. But if you have someone you love don't put off going to be by their side for NOTHING no matter how important that thing may seem cuz there is no guarantee that they will be there when u finally arrive. 🙏🏾 #MonicaDeniseSmith #GodBlessHer #LoveYouMani #ThankYouCordesha 😘

Terror Squad’s Remy Ma brought fans a bit closer to her personal life this weekend after revealing the loss of a longtime friend.

Remy penned an emotional caption on losing her girlfriend and the importance of fans staying close to the people who matter Sunday (April 10). 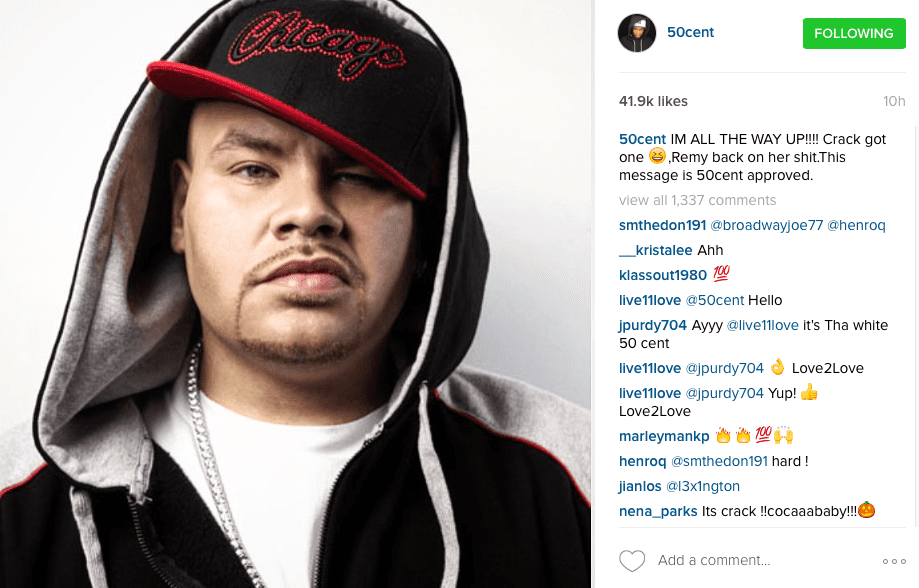 A few weeks ago, Fat Joe dished on reuniting with Remy Ma for their upcoming joint album.

“The fact with Remy, even Papoose, he turned around and was like, ‘Yo Joe…’ I’m telling Remy, ‘Come to Miami. Come to the studio. Come rock out.’ She got a husband now. She ain’t my little sister, back of the tour bus, she could just leave. She got a f*cking family, a husband. I don’t know what’s going on. So I gotta go to New York and turn up with her. I’m like, ‘Aight, I rented the studio, let’s go, let’s lock in. Come down.’ So by the second day, the n*gga Papoose said, ‘Yo Joe, you know what?’ I said, ‘What?’ He said, ‘My bad.’ I said, ‘What you mean?’ He said, ‘You know, this my wife. She telling me she gotta go to Miami and stay for two weeks or three weeks with Joe.’ I’m like, ‘What the f*ck that sound like?’ He’s serious. But he was like, ‘Yo, I been in here with you for two days and the sh*t you bring outta her, the sh*t y’all n*ggas get from each other. I get it. Y’all gotta be with each other. The chemistry is crazy.” (“Who’s Crazy?”)