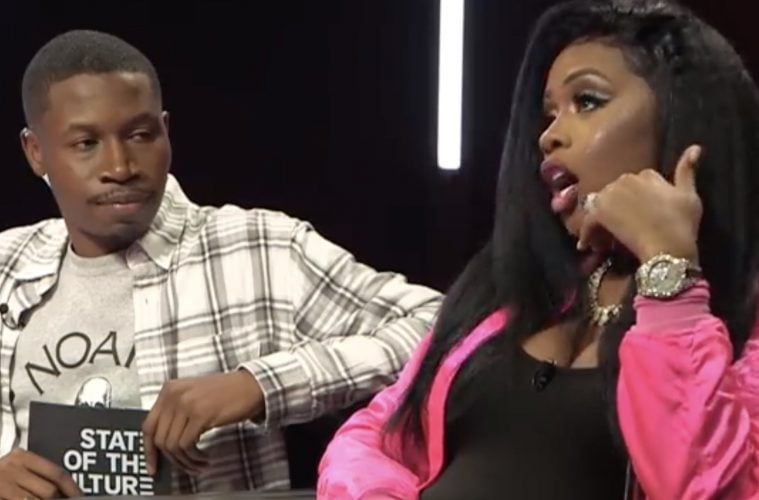 New York rapper Remy Ma has zip-zero interest in keeping tabs on the Cardi B and Nicki Minaj feud. The hip-hop veteran has weighed-in on the rap stars’ publicized issues toward one another.

In a new “State of the Culture” broadcast, Remy admitted the worst part of the Nicki/Cardi feud ended up being how quickly they called a truce.

For the slow ones in the back on the blogs, I offered money for the footage from the venue. I have footage on my own camera but I was asking for the overhead footage that the venue may have. #QueenRadio. Y’all listen to snippets of my show & think y’all Albert Einstein. #DipVIDEO

Not gonna lie, I can’t stop watching the #DipVIDEO 😩 btw, it’s not a rmx… it’s official. Thank you guys for another RECORD BREAKING #QueenRadio show! I wish you guys understood how much I love you. 😘

The only rapper in the history of rap who can only talk about deals and songs she’s supposedly turned down cuz she can’t talk about a verse she’s ever written. Fkn fraud

I’ll pay you to take a lie detector test about every claim I made on #QueenRadio. You won’t. I must admit you’re a convincing liar. You looked me dead in my face & said you told ya man not to do the “no flags” video cuz I was dissing you. London on da Track got the same call.

Same thing with Steve Madden. Irv Gotti asked me to do that deal several times. I passed. You never hear me talking bout things like this. 🤣 she rlly thought she was doing smthn talking about turning down deals. BWAAAAAHAHAAAHAHAHAAAAA #DipVIDEO out now.

Her lawyer just called my agent threatening him for putting out the receipts. 😩😅🤣 #DipVIDEO #WomanLikeMe

Ok you guys, let’s focus on positive things only from here on out. We’re all so blessed. I know this stuff is entertaining & funny to a lot of people but I won’t be discussing this nonsense anymore. Thank you for the support & encouragement year after year. Love you. ♥️

Instead of staying mum, Cardi went on a massive rant exploding on Nicki.

Who needs Monday Night Football when you've got this??? lol 📸 @iamcardib @NICKIMINAJ pic.twitter.com/3U6gGOEBMd