Remy unloaded her latest verbal gunfire Thursday (March 2) in the form of “Another One.”

Turns out, Remy Ma was taking note, and took a page out of Drake’s feud book by directly addressing these moves. “Not again, not again,” she ominously says in the opener, echoing the flow that Drake used to body Meek Mill with “Back to Back.” “I guess you know now who the head b*tch is, Remy mocks, before asking “I mean where the f*ck is your song, I mean ‘cmon!” “I guess this what I gotta do to make ya’ll spit.” (Heavy)

A few hours ago, rapper Boosie BadAzz spoke out in defense of Nicki in the feud. 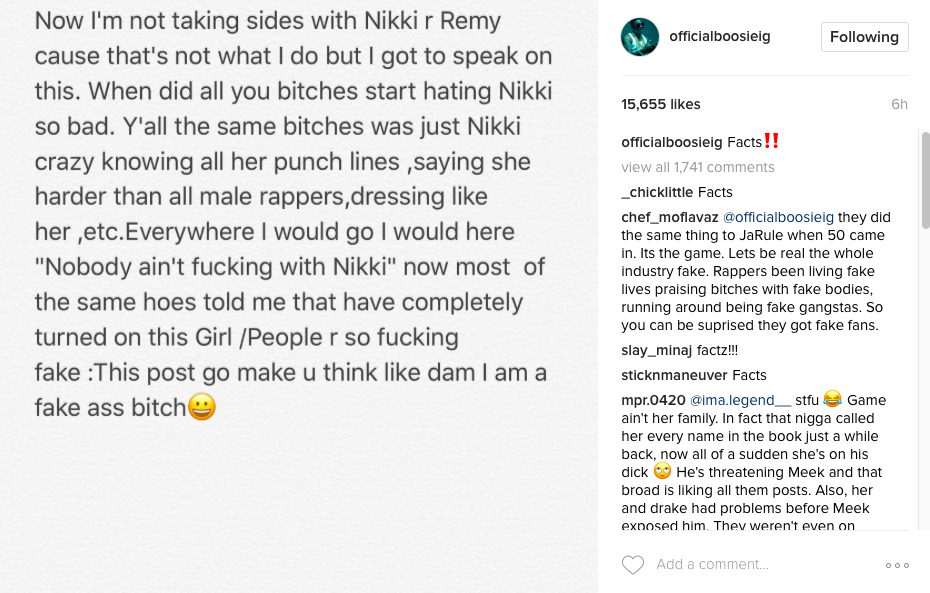 “I ain’t gonna lie, credibility-wise, it’s definitely some, it’s just a disrespectful record. It’s probably the most disrespectful record I ever heard in my life. Very disrespectful. Top 5. [Nicki’s response?] I don’t know but it’s like what can you even say? It’s not even about the streets being behind her. What can you say to Remy? I don’t get caught up in the whole female beef thing. I’ma try to mind my business as much as possible.” (TMZ)