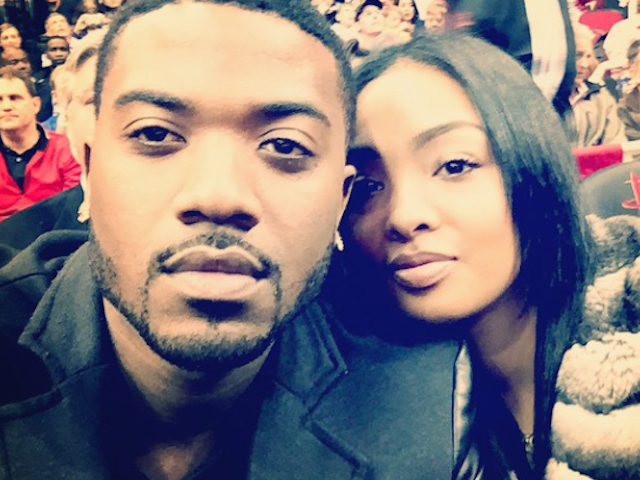 R&B singer Ray J has reportedly fired back at rap star Kanye West following a jab he took at him during his Yeezy Season 3/The Life Of Pablo event this week.

Ray J hasn’t responded to the line officially, but his new Payso B-assisted track “Real Life Playa” is being billed as a reply. “Haters wanna know how I feel,” he sings over soul-inspired production. “Man, a ni**a feel good. And if I only had one wish, man, I wish a ni**a would.” (Rap-Up)

Listen to the new song on the next page…

West name-dropped Ray on a track at his Yeezy Season 3/The Life Of Pablo album listening event yesterday (February 11) but quickly squashed any potential problems.

In one of the tracks, Kanye rapped, “Me and Ray J would probably be friends if we wasn’t in love with the same bitch … you might have hit it first, but I’m rich, though.” We’re told Kanye ran into Brandy and they talked face-to-face, he asked her to tell her brother he meant no harm or disrespect by the lyrics … he said is was pure fun and he was not talking trash about Ray J’s bank account. (TMZ)

Ye had his camp personally reach out to Ray J’s manager David Weintraub to smooth things out.

As for how Ray J received it, we’re told he’s cool with both Kanye and Kim and appreciates Kanye reaching out. Our Ray J sources say he also wants to make something very clear … he’s also very rich and currently has 4 TV shows on the air. (TMZ)

Kanye West ended his album release party / fashion show in New York with a surprise announcement: that he’s working on a video game called Only One about his mother “traveling through the gates of heaven.” The game shares its name with a song West released two years ago, speaking from the point of view of his late mother after the birth of his daughter. West showed a short reel of dreamy footage from the game that, true to his word, depicts his mother flying through clouds and traveling on the back of what appears to be a Pegasus. (The Verge)