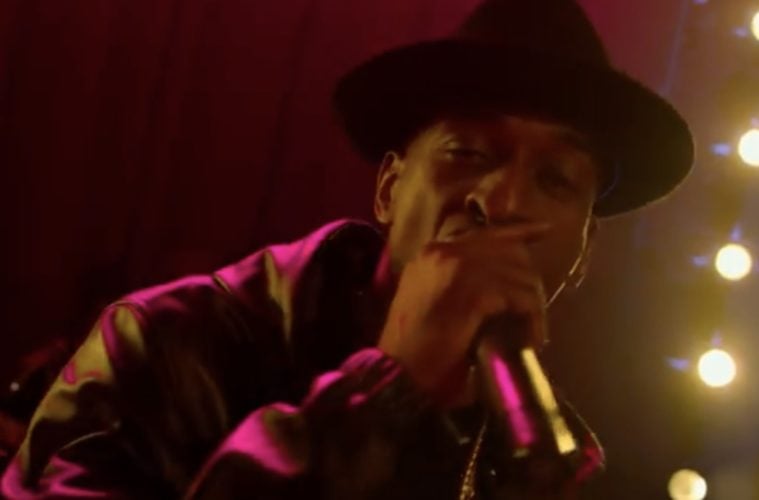 Rap icon Rakim is back in rare form. The hip-hop pioneer has returned to the game with new music courtesy of Netflix’s “Luke Cage” season two premiere.

The streaming giant’s must-watch series features the mighty return of Rakim with his “King’s Paradise” anthem.

Season 2 of Netflix’s Luke Cage premiered on Friday and much like the first season, the show is backed by an excellent soundtrack which just so happens to include brand new music from the legendary Rakim. The song, “King’s Paradise” , produced by Adrian Younge and Ali Shaheed Muhammad who are also the show’s music supervisors, name drops Harlem greats like Malcolm X, Louis Armstrong, Lena Horne and the show’s titular character Luke Cage. (The FADER)

Last year, Rakim talked about putting together a much-needed follow-up album to 2009’s The Seventh Seal.

“Yeah, I have to, man. I’m trying to get the chemistry together now. I’m reaching out to a few producers, and you know, I got some people on this album that wanna sponsor it. So I’m looking forward to it, man. And you’re right, when you go to these shows and these places and you get that energy and love back from the crowd, don’t nothing match it. It definitely makes you wanna create. It makes you wanna get back into the saddle and do what you do. It’s a blessing, man. I count them every night. I love what I do. I’m still humble. I’ve been around for 30-something years. It’s definitely a blessing to get this love and be able to do what I do, man.” (Billboard)

In April, rap star 50 Cent linked up with Rakim to check out a rare live performance.

I️ went to go see Eric B & Rakim tonight, the shit gave me goose bumps man. l didn’t have shit,I️ was putting toilet paper in side the little squares on the Cassette tape So l could re-record over the shit my grandmother taped at the church.