Wu-Tang Clan‘s Raekwon is switching things up for his birthday. Instead of expecting presents, the hip-hop veteran has gifted hip-hop heads with the title and release plans of his next solo album.

The Chef went to Instagram Thursday (January 12) with cover art and a decked-out explanation for his upcoming The Wild album. 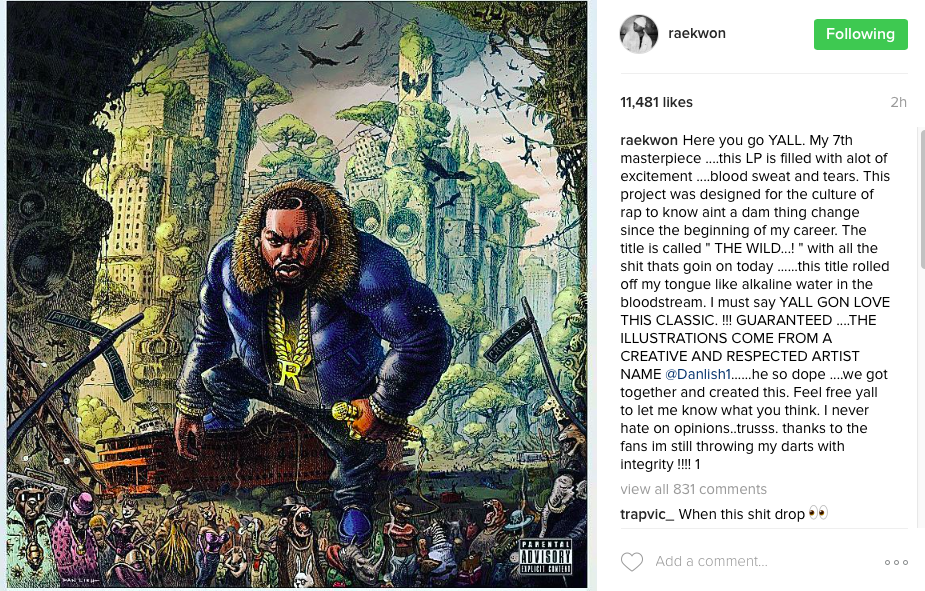 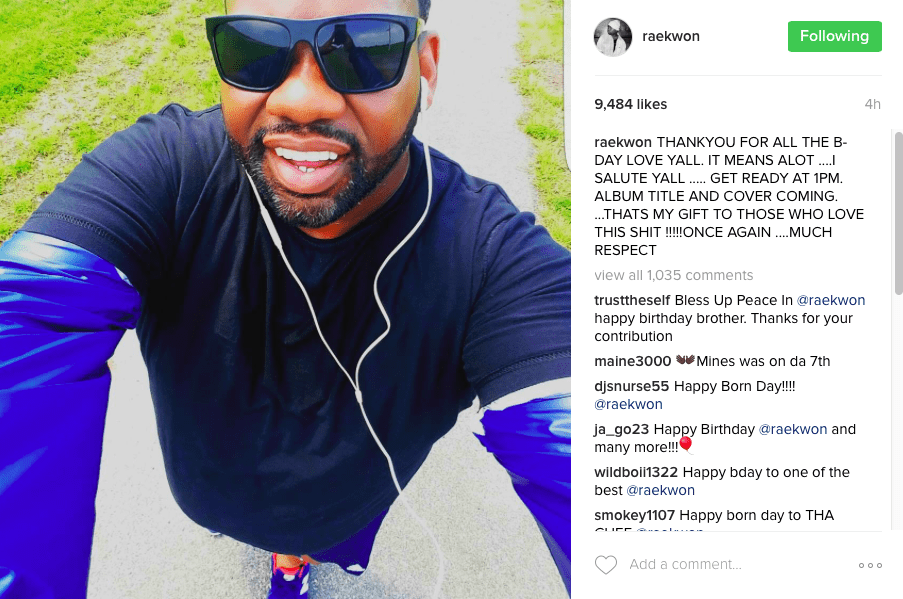 Back in November, Rae announced a long-awaited solo project had reached its completion. 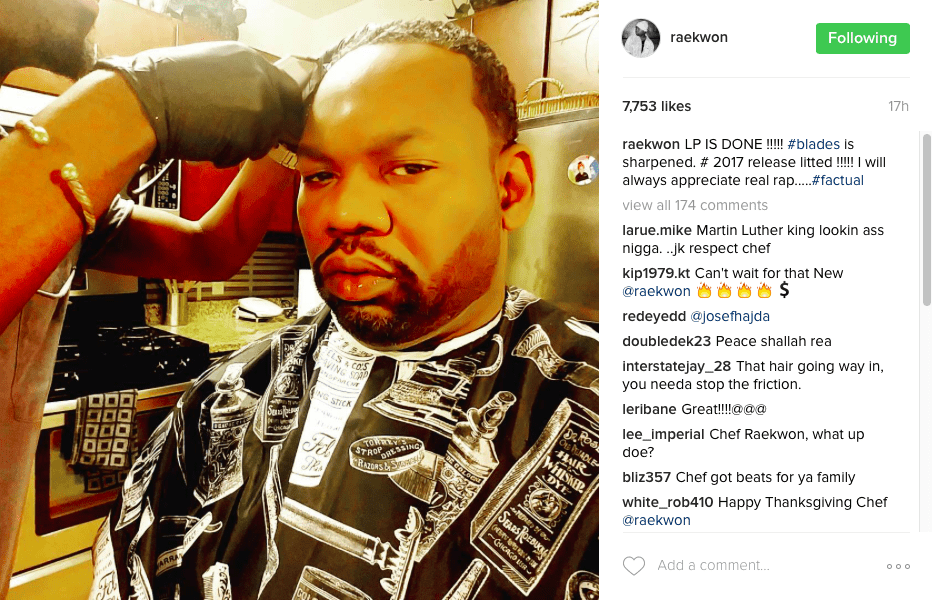 Rae recently celebrated the 17-year anniversary of his Immobilarity album.

17yrs later. My 2nd platinum shit !! Thanks to the ones who respekkked it ..#17thanniversary#salute

In 2015, the Wu group member talked about possibly piecing together a follow-up to 2014’s A Better Tomorrow album.

“No, I don’t think so,” Rae responded when asked if A Better Tomorrow would be the last Wu album. “Wu-Tang, like we always told you, it’s going to be forever. We’re going to look to see what happens though, but I doubt it. All the members don’t feel like “It’s over, it’s over.” I think dudes just want to make sure that our business is perfect and we can go on and still do what we love to do. Wu-Tang will make another f—ing dope album again. I have no doubts and no questions about that.” (Billboard)