R&B singer R. Kelly is back in the spotlight. The crooner returned to social media this week with a video message following his publicized bouts with law enforcement.

Kells hopped on Instagram Wednesday with a birthday shout-out to his daughter.

R. Kelly publicist says they’re trying to get his child support payments reduced. Says R. Kelly can’t afford current payments because he is “not working.” Said he does not have assets to sell and he rents his condo in Trump Tower. @cbschicago pic.twitter.com/VKD0Ra2IYi

A few days ago, buzz developed about Kelly’s alleged child support payment issues having a direct connection to his ex-wife. 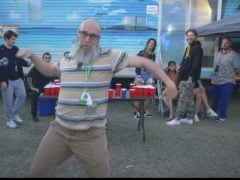