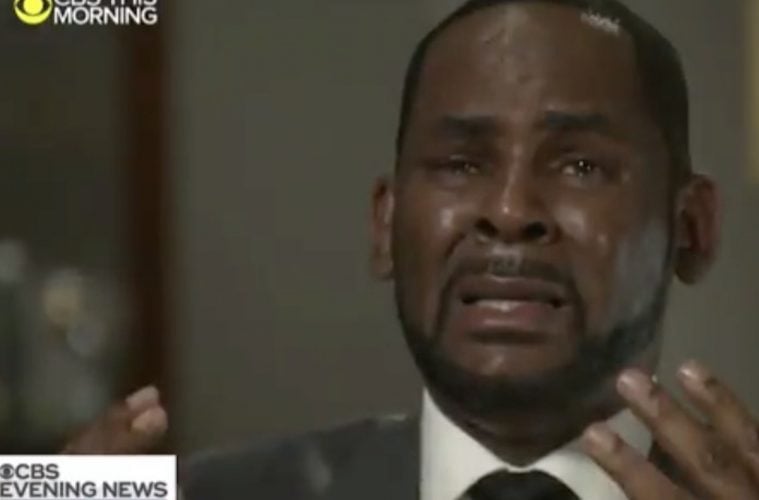 R&B singer R. Kelly is breaking his silence. The crooner has come forward to finally speak up on his publicized sexual abuse charges.

In a preview from an explosive interview set to air tomorrow morning, Kells denies the current charges and claims going against him.

This week, reports emerged about Kelly’s friend Valencia Patrice Love receiving a bomb threat at a daycare center over the weekend.

4:50 PM PT — Law enforcement sources tell us that authorities did NOT find an explosive device at the daycare center. 4:15 PM PT — Chicago PD just confirmed the details of the bomb scare to TMZ … saying multiple calls came in Saturday reporting a bomb threat, adding that the daycare center was evacuated. Luckily, no one was injured … but cops are still investigating. (TMZ)

ONLY HERE: Saturday, multiple people called in a bomb threat to a daycare near W. 79th & Kedzie. The business is connected to the woman who posted R. Kelly’s $100k bond. PER CPD – “No offender in custody. Bomb and arson cleared the scene. Area Central investigating.” @cbschicago pic.twitter.com/80AHAAGmv8

A few days ago, buzz developed about Valencia’s identity.

47-year-old Valencia Patrice Love—a former day-care secretary, a resident of the south Chicago suburb Romeoville, and the owner of a Blue Island breakfast joint called Love on the Blu. But even after news broke of Love’s involvement, the circumstances surrounding her contribution to Kelly’s bail remained foggy. A dive into news reports, witness accounts, court documents, and interviews with Love’s friends, family, and co-workers reveals a bizarre trajectory wrought with ambiguous motives and contradictory claims. (The Daily Beast)

#RKelly’s friend that bailed him out breaks her silence. I spoke with Valencia P. Love for 14 minutes. She says the singer isn’t broke and she didn’t use her $100,000 for Kelly to bounce from the county. Here are notes from our conversation by phone. @fox32news pic.twitter.com/CvTblkyT2j

“He’s a good friend of mine. I wish him the best. I hate that it’s happening to him. There’s a reason why women come out after the fact. He has my support 100%.” (Variety)