We begin with a flashback to 2001 in San Diego where The Queens (also known as The Nasty Girls) perform a song with Harlem rapper Cam’ron, who plays himself. Once the song is over, a pissed-off Naomi drops the mic and leaves the stage announcing The Nasty Girls are officially over. 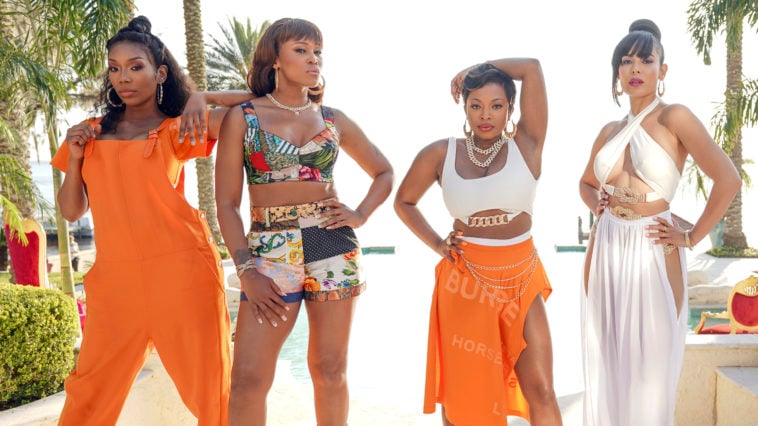 In the present day, Valerie is babysitting Brianna’s kids so that Brianna and her husband Jeff can go prepare for his brain tumor surgery.  Eric, the group’s manager, may be able to get them a show again in San Diego but this is a sore spot for the group since that is where the band broke up.

Jill’s husband Darren, who we learned in the last episode is involved with the church, shows up at their house unannounced with breakfast for Tina and Jill. He claims that he is willing to enter a polyamorous relationship but Jill tells him that she’s not in love with him at all.

Lauren aka Lil Muffin, is in drug rehab after overdosing on cocaine and refuses to open up to her counselors.

Back at the church, Jill is being hit with backlash for coming out as a lesbian in Episode 1 and is being flooded with reporters as she leaves church abruptly after being shunned by her peers.

The show flashes back again and we see that The Nasty Girls were actually a trio prior to Valerie joining. At a show Valeria gives Eric her demo tape. She states that she has what it takes to get The Nasty Girls from performing in underground nightclubs to stadiums, however there is one problem – Valeria can’t rap!

Jill questions why Valeria should be added to the group. “Is our hair not straight enough? Is our skin too dark?” Tired of performing in underground clubs, Naomi writes a hook on the spot and gives it to Valeria. Valeria picks it up quickly which impresses the group to invite her in. During this time we learn that Naomi was with Eric first but Eric suddenly became interested in Valerie as well.

Jill picks up Lauren from rehab and the two run away to LA to get away from all the drama and “coming out as LGBT in the Catholic community” backlash.

Brianna’s husband Jeff’s surgery was successful in removing the tumor, but he wakes up with amnesia and doesn’t remember that he had an affair and was cheating on her. Brianna is not sure what to believe.

The ladies and Eric go to Brianna’s house to talk things out while also being told they have an official show in San Diego – the same venue where they broke up at which doesn’t sit well with any of them. Naomi doesn’t trust Eric when he apologetically says he wants to make it up to the group. She suspects he’s up to no good.

The show flashes back to the year 1998 when the ladies are signing their record contract. They each receive expensive bags from the label containing a $200k signing bonus inside. The ladies also record an episode of MTV Cribs and posture in a rented luxury home they don’t own. They are all broke except Valerie who has all kinds of expensive items. After the taping ends, a woman hits on Jill because she assumes Jill is a lesbian. Jill flips TF out because she thinks the woman is going to out her.

Back to the present time, Lauren sneaks out of Brianna’s house to go to the club but gets caught. Jill and Lauren have a heart-to-heart and decide to be the bigger people and stop running from their issues. Eric tells Brianna that he’s proud of her and that he knows she will make it with or without music since she graduated with her masters from Columbia University.

The show flashes back to 2000 where Naomi is trying to figure out how Valerie has more money than everyone else in the group. She finds out that Eric is still messing with Valerie so she runs to Cam’s hotel for “support.” As Naomi is giving up on her solo career, her daughter Jo Jo asks her why she’s giving up all that she has sacrificed in her career, including raising her own daughter.  Naomi goes to her agent’s home, where she sings and is offered a solo contract on the spot but there’s a catch. In order to move forward with her new contract, she can no longer perform with The Queens.

The show wraps with a final flashback to 2001. Naomi confronts Eric asking how they are broke when they sold 4 million records. Eric defends himself, saying they are expensive to take care of. Valerie cuts Eric off and confesses that Eric has been stealing from the group since day one and that her contact is not the same as the girls.

The show closes with Naomi choosing the group over her solo career and Cam’ron asking if he’s Jo Jo’s father.

Comments Off on Queens Recap – “Heart of Queens” – Season 1, Episode 2 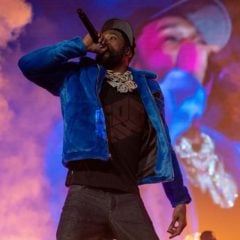