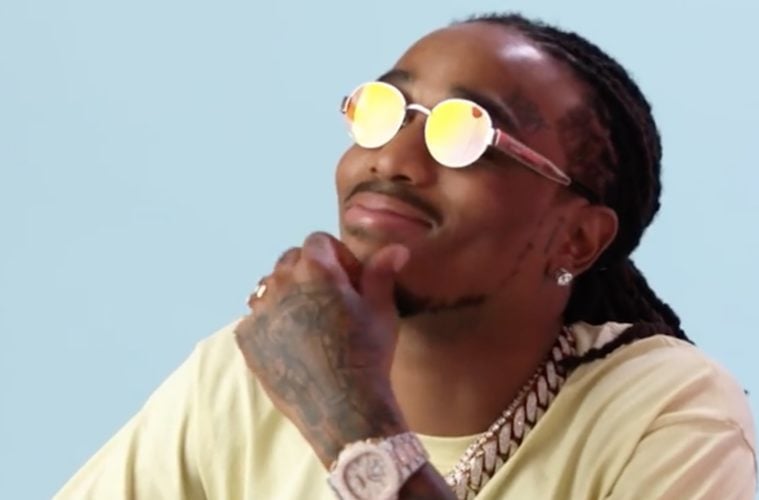 Migos leader Quavo is giving fans something to get really hyped about. The hip-hop star has pretty much confirmed a new mixtape coming out with his crew and rap star Drake.

In a new GQ video, Quavo responded to a Twitter user’s suggestion of Migos and Drake dropping a mixtape by calling the tweeter “psychic.”

“You must be a psychic,” Quavo said responding to the tweet ‘Quick thought but what if Migos and Drake dropped a collab mixtape after the tour?’ If that don’t tell you something, I don’t know what to tell you.” (GQ)

Quavo and Migos are currently on tour with Drake through mid-November.

SOHH much fire music in 2018! This is going to be legit! 📸 @QuavoStuntin pic.twitter.com/8lClKvPVHu

A few days ago, the hip-hop star hinted at having some pretty high-profile guest features including Drake.