Q-Tip Dissing 9th Wonder Over Gut-Wrenching Snub: 5 Things You Need To Know About The Grammys Drama

[A Tribe Called Quest’s Q-Tip had more than just smoke for the Grammy Awards and producer 9th Wonder last night after feeling disrespected over getting snubbed. While everyone soaks in Q-Tip’s explosion, we’ve put together five key things you need to know about this unexpected beef and why Tip might have a reason for exploding.] The key component of Q-Tip’s now-legendary anti-Grammys rant deals with how musicians are nominated. It’s easy to simply put the blame on “The Grammys” for selecting this nominee and snubbing that nominee, but the fact of the matter is there’s actually a process for voting. Rather than leave it to one main entity, “experts” in respective music genres are pulled together and work to come up with the nominees and ultimately Grammy winners. As Grammy.com says, “The process begins with members and record companies submitting entries, which are then screened for eligibility and category placement. The Academy’s voting members, all involved in the creative and technical processes of recording, then participate in (1) the nominating process that determines the five finalists in each category; and (2) the final voting process which determines the GRAMMY winners.”

This gives us a clue to why Q-Tip decided to name-drop 9th Wonder but before having a clear understanding, it’s vital to know where this Avengers-type group of Grammy voters unite…

For the benefit of 9th Im done

One of the biggest misconceptions people have with the Grammys is not realizing how many “experts” are involved in the voting process. Rather than just go with a few musicians to pick nominees in every category, the Grammys has The Recording Academy which is a combination of musicians, producers, recording engineers, and other recording professionals located in Los Angeles (Santa Monica), California. Launched in the 1950’s by a panel of Capitol Records, Columbia Records, Decca Records, MGM Records and RCA Records executives, this is where the Recording Academy’s roots stem from and ultimately where the Grammy Awards was born.

So realizing there is an actual Recording Academy where key musicians come together, it’s safe to figure Q-Tip’s pal 9th Wonder has a place somewhere there, right?

It only makes sense that the Recording Academy would have a producers and engineers wing – where 9th Wonder has expertise in both. According to Wikipedia, “The Producers and Engineers Wing (P&E Wing) is a part of the academy made up of producers, engineers, mixers, and other technically involved professionals. It is composed of almost 6,000 members. The producers and engineers wing addresses various aspects of issues facing the recording profession. … The members of this division make up a large portion of those who vote on the Grammy Awards each year.”

While it might be tough to find a list of nearly 6,000 members in this wing, it’s a safe bet to assume 9th Wonder is one of those key voters who could have swayed others to nominate A Tribe Called Quest’s We Got It from Here… Thank You 4 Your Service…

Let’s face it, there are thousands of producers which could fit into the prestigious Recording Academy Voting Members committee but there is a specific qualification list which must be met. The Balance has some details: 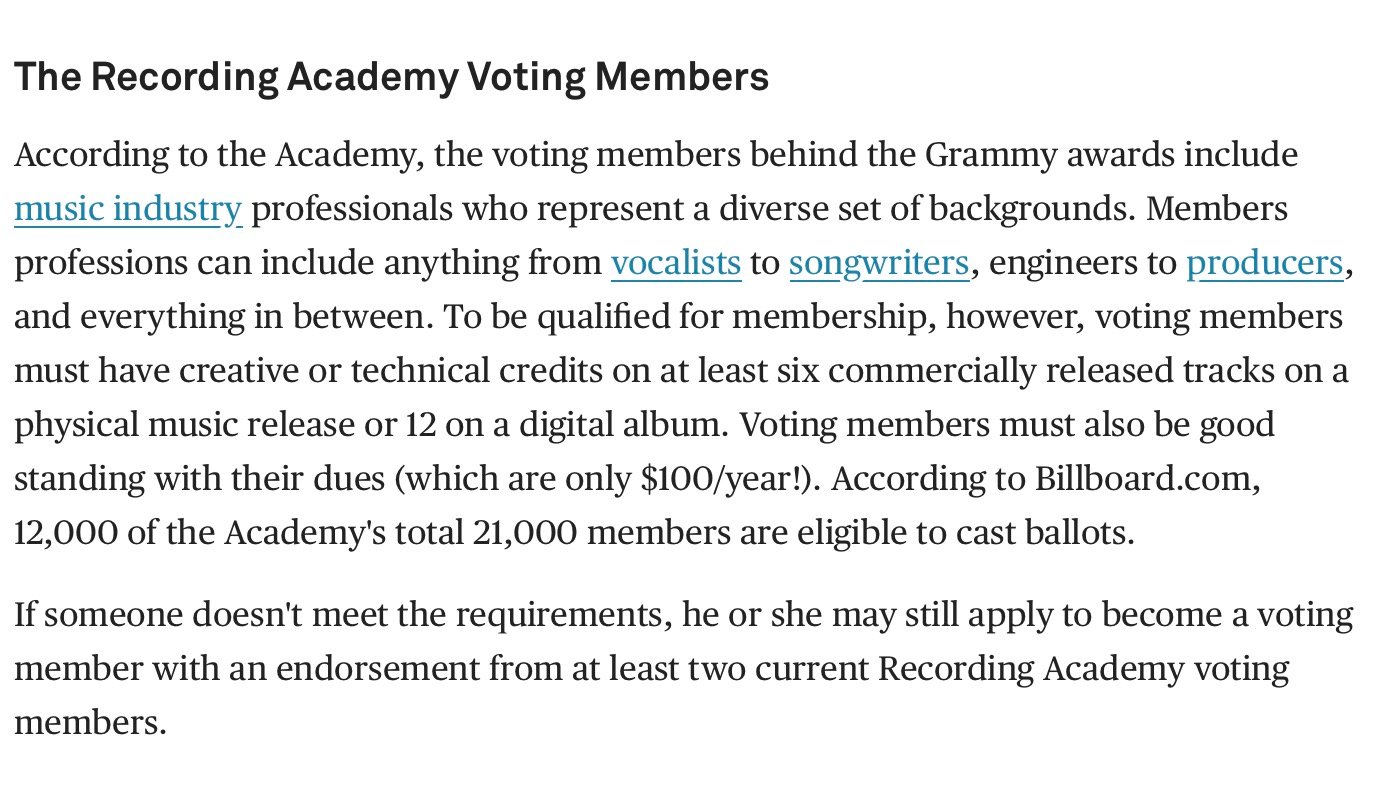 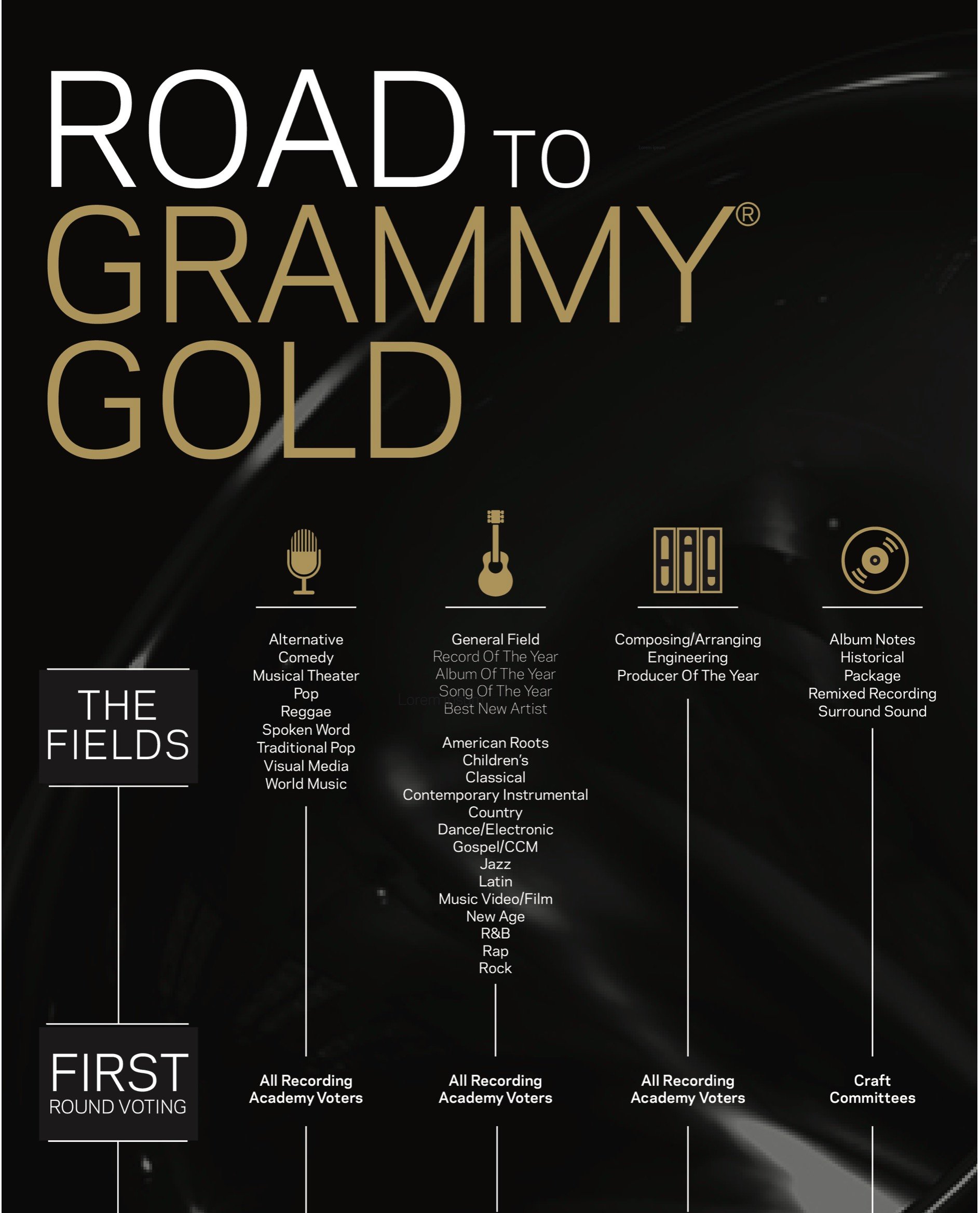 The biggest issue Q-Tip seems to have with the Grammys and 9th Wonder – collectively – is getting invited to last year’s ceremony and not only honoring late group member Phife Dawg but also taking center stage with some politically-driven words toward President Trump. Via CNN:

A Tribe Called Quest used their time on the Grammy stage on Sunday to put on the most politically-charged performance of the night.

The group — who was joined by best new artist nominee Anderson .Paak and Busta Rhymes — performed “Movin’ Backwards” and “We the People” from their album “We got It from Here… Thank You 4 Your Service.”

At one point, Rhymes took the mic to lambaste President Donald Trump.

When you combine the voting process, 9th Wonder’s possible huge influence in the hip-hop category and the favor A Tribe Called Quest gave by performing at last year’s awards show, Q-Tip might have been justified in his epic anti-Grammys blasting.