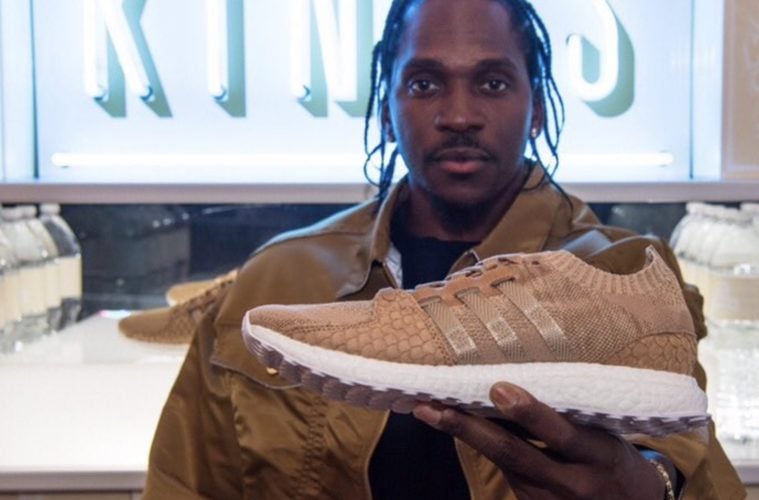 Pusha-T Reveals What Drake Diss Lyric Has Forced Him To Expose 6 God’s Secrets: “All Bets Are Off B/C Of That”

On T’s new “The Story of Adidon” record, he goes full-throttle on Drizzy by referencing his dad Dennis Graham leaving him, his mother Sandy not experiencing marriage and past claims of former adult star Sophie Brussaux secretly being his baby mother.

“You mention wedding ring like it’s a bad thing/You father walked away at five, hell of a dad thing/Marriage is something Sandy never had, how you a winner but she keep coming in last place … Confused, always felt you weren’t black enough/Afraid to grow it because your fro wouldn’t nap enough/Since you name-drop my fiancée/Let ’em know who you chose as your Beyoncé/Sophie Knows Better, ask your baby mother/Cleaned her up for IG but the stench is on her/Baby’s involved, it’s deeper than rap, talking character/Let me keep with the facts/You are hiding a child, let that boy come home/Deadbeat motherf*cker playing border control/Adiddon is your son and he deserves more than an Adidas press run/That’s real/Love that baby, respect that girl/Forget she’s a porn star, let her be your girl/Yuck/How dare you put Ye in my verses/I’m selfish, I want all of the curses/I’m pre-booking the churches…” (“The Story of Adidon”)

Please stop referring to this picture as “artwork”…I’m not an internet baby, I don’t edit images…this is a REAL picture…these are his truths, see for yourself https://t.co/gd6vRS3HM8 pic.twitter.com/2el58HEZ8F

This week, Pusha-T acknowledged being prepared for an all-out summer war amid his feud with the 6 God.