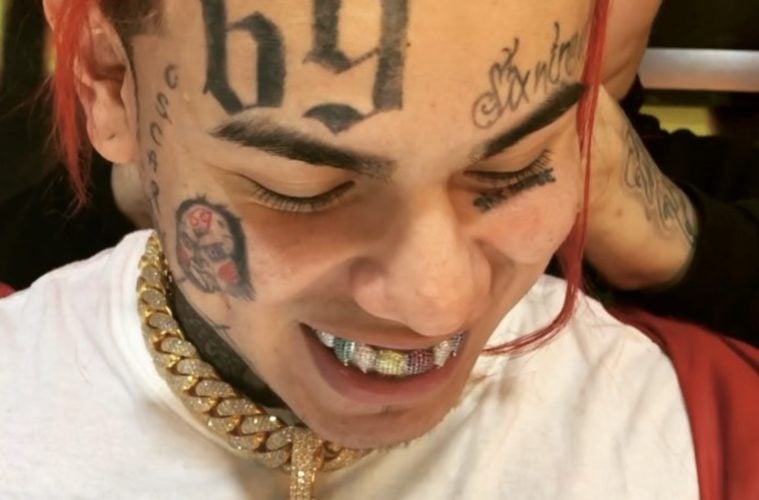 According to reports, prosecutors asked a judge to consider taking it easy when 6ix9ine learns his fate in a publicized federal racketeering case later this month.

The feds say 6ix9ine walked them through his social media posts to provide context for the criminal actions of the gang — which they say the defendants, Anthony “Harv” Ellison and Aljermiah Mack, claimed was all a hoax to promote Tekashi’s music. They say his testimony convinced the jury otherwise. As we reported … Tekashi copped a plea deal after pleading guilty to racketeering, firearms offenses, conspiracy, narcotics trafficking and other crimes. 6ix9ine agreed to be a cooperating witness, and without that would be facing a mandatory minimum sentence of 47 years in prison. (TMZ)

Laster this month, 6ix9ine will finally learn his fate in the publicized federal drug case.

6ix9ine will be sentenced this year after pleading guilty in February to multiple federal crimes including racketeering, Complex reports. Judge Paul Engelmayer reportedly agreed to move the rapper’s sentencing date up to December 18, 2019 at 10 a.m. EST after a request was filed by 6ix9ine’s legal team. (The FADER)

In October, rap heavyweight Game reacted to rumors about Tek landing a $10 million record deal after working with federal prosecutors in a drug racketeering case.