President Barack Obama is here for the Chicago Cubs. The Chi-Town native has applauded his hometown team for their history-making World Series win last night (November 2).

President Obama went to Twitter Thursday (November 3) with an open invitation to the Cubs team.

It happened: @Cubs win World Series. That's change even this South Sider can believe in. Want to come to the White House before I leave?

Dipset’s Cam’ron reacted to the big win on his Instagram page. 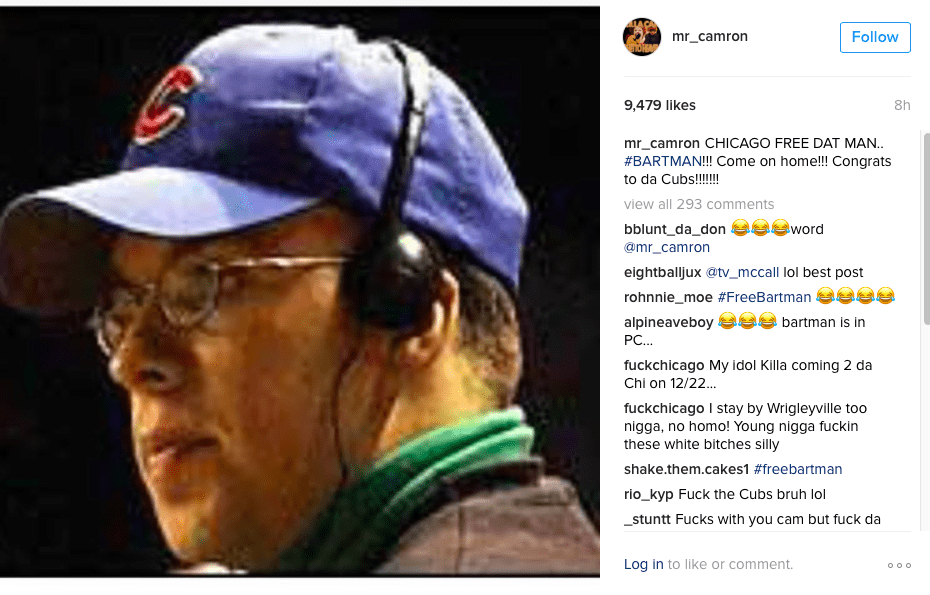 Since the epic 8-7 extra innings win, various hip-hop artists have shared their reactions across social media.

Congrats to all of Chicago & those who have waited years for this moment. #Cubs

Back to the regularly scheduled program ☹️

Wow what a fucking game