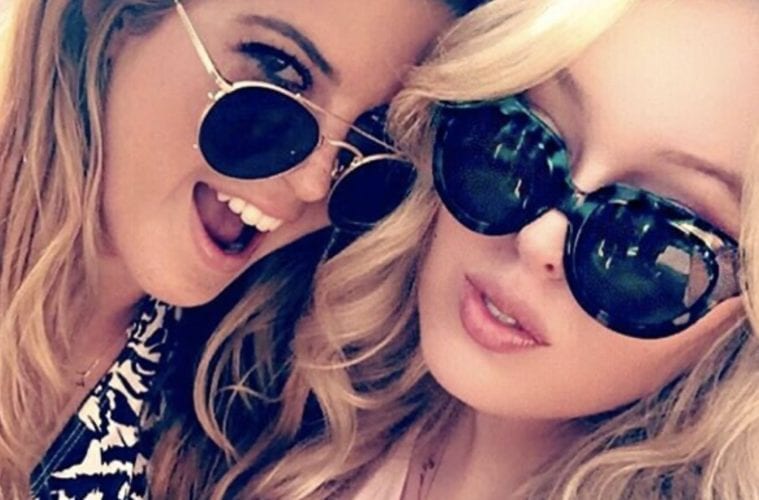 President Donald Trump has a real one in his daughter Tiffany. The controversial head of state’s mini-me has social media’s attention after doing her part to show support for a global Blackout Tuesday in support of police brutality awareness.

On Tuesday, Tiff went to her Instagram page to make a huge power move in support of protestors around the world rallying. She even went as far as to announce her direct support for getting justice for slain black man George Floyd.

The Head of State

Over the past few days, Donald Trump has called out protestors across the nation. DT has gone the extra mile by labeling some as ‘thugs’ and looters.

Over the past few hours, everyone from models to hip-hop entertainers have joined the movement. They turned their Instagram pages into black screens to protest police brutality.

Sunday night, Shady Records boss Eminem broke huge news to followers. Em announced his entire team would observe a blackout day Tuesday where they would not make any purchases in support of the struggles against equality.

“#Repost@shadyrecords – We will be closed on Black Out Tuesday.  Join us in fighting for change. #TheShowMustBePaused #BlackLivesMatter #BlackOutTuesday” -Eminem’s Instagram