Working Wednesday. It’s a day to stay connected SOHH why not get things going with President Barack Obama sonning Donald Trump‘s Twitter fingers? Speaking of all-out war, are you ready for the upcoming Call of Duty: WWII and its new multi-player teaser? With video games still on your mind, how about Mobb Deep landing in NBA 2K18? All this coming up in SOHH Whatcha Think.

Do you still miss President Barack Obama? Without even answering we all probably know the answer thanks to Twitter and his own Twitter fingers. Twitter has a groundbreaking stat: 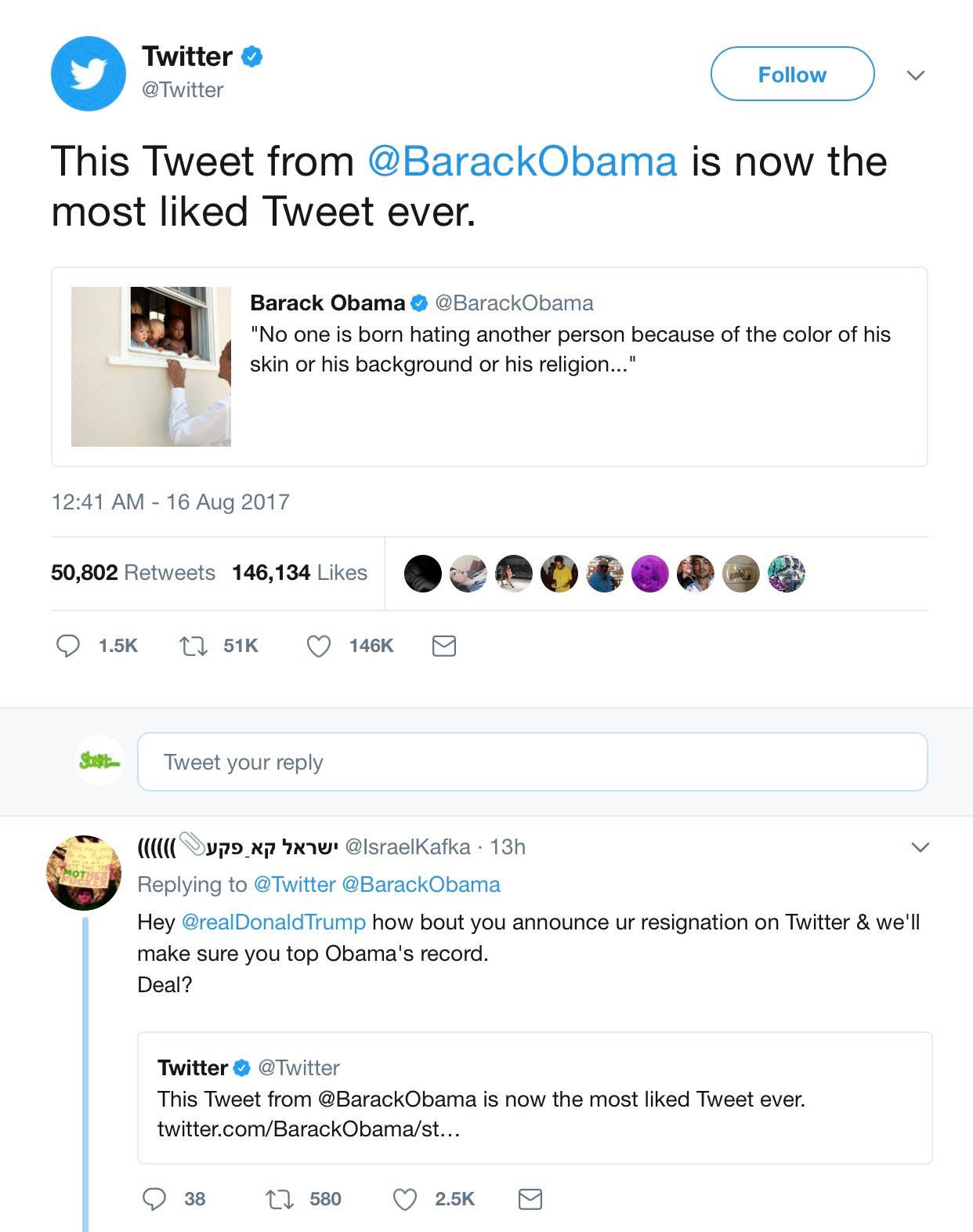 Do you believe the numbers? Will Donald Trump respond to this? Is this a sign we all really, really, really miss President Obama? #SOHHWhatchaThink?

It’s no secret – school and work are all coming back full-time in the coming weeks. Whether you gotta hit the books or clock in the 9 to 5 – or both – you know free time is going to be scarce. With that being said, make room in your busy af life for some Call of Duty because the new WWII private multiplayer beta trailer is in-sane! Peep the info below:

Be among the first in the world to get hands-on with Call of Duty: WWII Multiplayer in the Private Beta, including brand new maps and Sledgehammer Games’ all-new War Mode experience. Enlist in all five Divisions and watch for new content throughout the Beta. Private Beta begins on August 25 first on PS4, and on September 1 for PS4 and Xbox One.

Pre-order Call of Duty: WWII on disc or digital download and get Private Beta Access. Beta begins first on PlayStation® 4 on August 25, 2017: http://www.CallofDuty.com/WWII

Are you hyped? Could this finally give Battlefield a run for its money? Will you cop ASAP? #SOHHWhatchaThink?

With SOHH many NBA trades and player signings – and arrival of LaVar and Lorenzo Ball – the hype has never been this crazy for NBA 2K18. With that being said, the iconic NBA video game franchise has added some excitement with a new Mobb Deep trailer. Peep below:

Will this go down as the best NBA 2K18 ever? Are you copping day-of? Think you’ll pre-order? #SOHHWhatchaThink?