We’re nine episodes into season 2 and the theme song is finally growing on me. Well, I like the bassline and the horns. The lyrics, eh.

In tonight’s episode Tommy gets booked, Tasha plots her getaway and we say goodbye to one character.

I haven’t met a person who doesn’t love Tommy, so seeing him being booked breaks my heart. Joseph Sikora’s facial expressions are priceless and flawless as he is told to squat and cough. As he walks down the prison hallway, he approaches an inmate from behind who looks like Ghost. When he discovers it’s not Ghost, he starts to believe that Ghost set him up. During his bail hearing he meets his lawyer Mr. Proctor who loses to Angela when she requests Tommy be held without bail. Upon leaving the courtroom, Tommy wants his phone call.

Angela’s supervisor Mike wants to know how Angela knew about Lobos being at the hotel. In episode 6, Lobos alludes to having an inside man in the Feds. I'm guessing Mike is the inside man. Angela makes up a lie to cover her tracks. Privately, Greg tells Angela he knows she’s lying and tells Angela the ramifications of her lies.

Jamie lets Angela know that he knows Tommy was arrested because of her efforts and suggests that since Lobos was arrested to ease up off of Tommy. Jamie reminds Angela that she’s from the same neighborbood and snitching violates everything they grew up on. Angela considers his warning.

Tasha flips out on Ghost for allowing Tommy to be arrested and allowing Angela to outsmart him. Tasha says the OLD Ghost would have never let this happen and she doesn’t trust this NEW Ghost.

Tommy wants to know why Ghost wasn’t arrested. Proctor explains that Ghost was running late, saw the Feds surrounding the building and didn’t enter. Tommy doesn’t trust Proctor and feels that Ghost could be setting him up to take the fall.

Tasha tells Lakeisha that she’s going to runaway with the kids and $200,000 in cash and start a new life minus Ghost. Lakeisha strongly advises against this. Later, Tasha confides to Shawn that Tommy could be in jail for a long time and she can’t trust Ghost. Tasha tells Shawn about her plan to run away and wants to take Shawn with her and the kids.

Ghost gets in the car with Shawn who is mentally reviewing the ‘How To Murder Ghost 101’ instructions Kanan gave him. As he is about turn around and shoot his current employer, the car is stopped by the police, removing the opportunity to kill Ghost. Shawn texts Kanan to tell him he failed and Kanan decides to go to plan B. 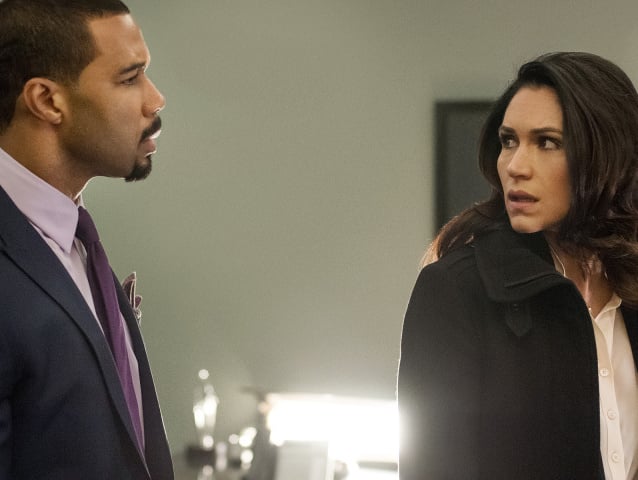 Angela arranges a meeting with Tommy privately in prison. She offers to reduce his sentence from life to 15 years if he testifies against Lobos to which Tommy flips out. Accusing Angela of protecting her boyfriend, Tommy offers to roll over on Jamie. The meeting is cut short by Tommy’s lawyer.

Protoctor pulls the evidence of the sketch that Angela completed with the assistance of Ruiz’s daughter.

In season one, Angela asks Ruiz's daughter Isabella to complete a partial sketch which was started by Nomar. Angela did not get consent to work with Isabella who is a crime bosses daughter and a minor.

The Feds did not include the completed sketch as evidence to the judge. They only presented the partial sketch which Angela claimed was a clerical error. The judge disagrees and the case is dismissed with prejudice. Free at last! Free at last. Thank God almighty, Thomas Eghan is free at last.

We know this is IG but we're live tweeting #Power Sat night via @SOHH @sohhdotcom, mess with us! @50Cent #FreeTommy! 👮🏽👀🚓

The act of a plaintiff dismissing a lawsuit upon settling the case. Such a dismissal may be dismissal with prejudice, meaning it can never be filed again, or dismissal without prejudice, leaving open the possibility of bringing the suit again if the defendant does not follow through on the terms of the settlement.

Angela storms into Jamie’s office at Truth. Angela accuses Jamie of stealing the completed sketch from her apartment while Jamie accuses Angela of cloning his phone. Touche! Angela asks Jamie if he is Ghost, which he denies. Angela leaves Truth with a farewell “Fuck you Ghost.”

At Truth, Jamie goes downstairs to get more top shelf liquor (that’s what employees should do) and is held at gunpoint by Shawn. Why would Shawn be waiting there and not in the car? Jamie calmly explains to Puppy Dog Shawn that whoever put him up to this should have told him to wear a different set of clothes because of blow back. Shawn tries desparately to talk himself into shooting Uncle G down to telling Ghost that he’s been ‘taking care of Tasha.’ As expected Shawn fails to shoot Ghost and Ghost *allows* Shawn to live. Ghost is so gangster and confident that Shawn won’t kill him that he gives Shawn back his gun and tells him to leave New York ASAP.

While doing surveillance on Angela, Greg figures out that Jamie and Ghost are one in the same. Greg approaches Angela and states that he believes that she has been covering for her boyfriend Jamie which is why Tommy got away. Before Greg can leave the office, Angela confesses to Greg that Jamie set her up too and (out of revenge) wants to start building a case against Ghost to take him down.

Shawn texts Tasha to be ready to leave in the next hour and decides to meet with Kanan. Shawn gives Kanan back the gun to which Kanan notices it hasn’t been used and Shawn’s clothing has no evidence of blowback. Shawn wants to have a heart to heart talk with Dear Old Dad. Kanan comments how Shawn has disappointed him – again.

And what do YOU think happens next?

See what goes down on the next page… 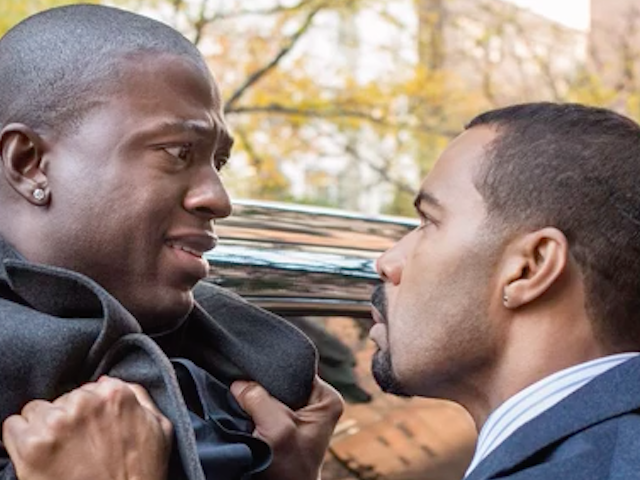 And just like that, Kanan has topped Darth Vader as the worst father ever. Looks like Tasha will be calling Uber for a ride tonight.

What do you think is going to happen in the season finale of Power? According to IMDB, the episode is titled Ghost Is Dead. Could that be?