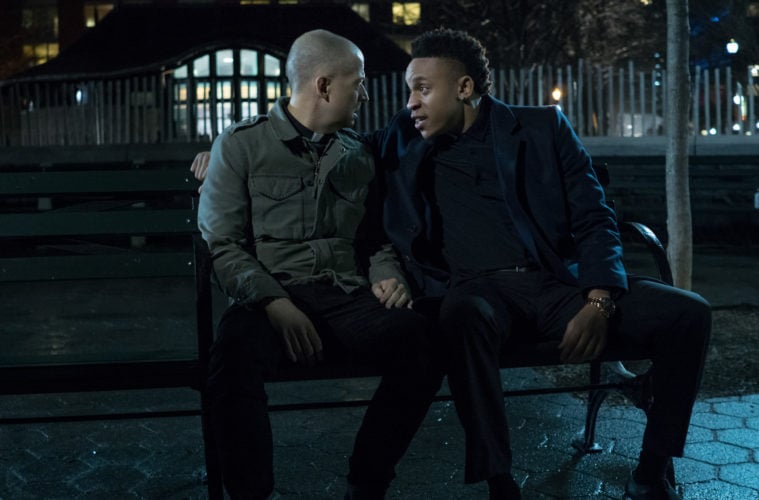 “Power” Resurrection – Jim “Father Callahan” Norton Recalls His Final Moment: “I Was Glad To Be Killed By Someone I Liked So Much”

“Power” season five is less than a week away with major storyline questions surrounding the unexpected death of Raina St. Patrick. In celebration of the Starz series’ knack for killing off key characters at any given moment, SOHH has resurrected some of your most favorite (and hated) “Power” stars to relive their final scenes.

Today, Jim Norton a.k.a. Father Callahan reflects on his memorable run, awaiting an inevitable on-screen death and wanting to go out with a bang – er – stab.

I was obsessed with the idea of getting killed off. I was in two full seasons and every week I was like, ‘Are they killing me? Am I going to get killed?’

Then finally I think it was the last episode or the next to last episode that I was killed off. They tell you the week before. They call you. They’re like, ‘Hey, I’m going to call you this afternoon,’ and I think it was Courtney [Kemp] who called me and I’m like, ‘I’m dead.’

Joe Sikora was like, ‘I’m not sure yet,’ but they knew. It was the right move, probably, to make because a character can only do so much. I kind of know before they call. They give you the death call and it really sucks.

If you see her number come up on your phone, go coffin shopping because you’re finished on the show. But look, it happened and it’s what made ‘The Wire’ and ‘The Sopranos’ great. They kill off people that you like.

I was always kind of a peripheral character anyway. I wasn’t essential to the stories. I think my role was kind of more for Tommy to kind of allow you to see his inner thinking and his inner monologues and what was really bothering him because there’s not a lot of places in the show for him to be completely safe and quiet and honest. I think that was more of the purpose of what I was doing there.

I understood when they said they were going to kill me off. I got it.

You really don’t prep for that scene. You find out, ‘Okay, Dre is going to stab you.’ You just slump over and they tell you, ‘Do it much longer, don’t do it much longer.’ I’ve seen people in videos get stabbed to death and shot. It’s not as dramatic as TV usually makes it. A lot of times they just fall or sometimes they’ll make a loud noise. It’s not really Hollywood’ish when people die in real life.

It was freezing. We were right by the Hudson River and we got hit with a cold front. It came in and the temperature probably dropped 15 degrees in 10 minutes. It was absolutely freezing.

I was glad to be killed by someone I liked so much. He’s just so much of a heartless prick on the show that I liked being killed by him. I’m glad they didn’t have Tommy kill me.