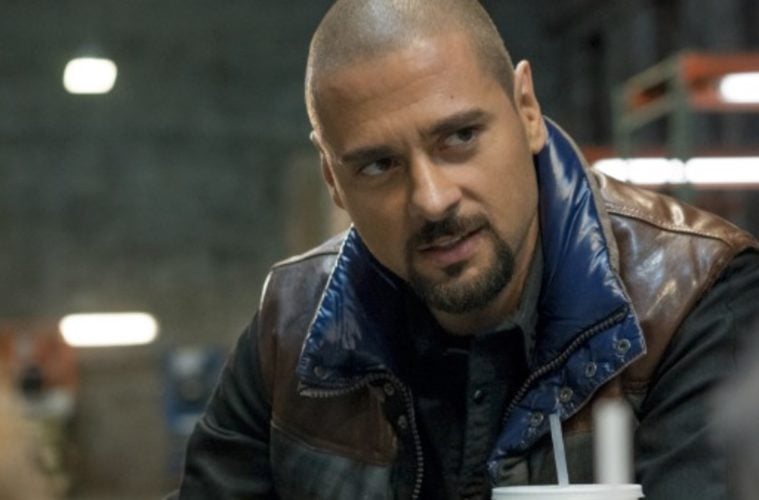 “Power” season five is less than a week away with major storyline questions surrounding the unexpected death of Raina St. Patrick. In celebration of the Starz series’ knack for killing off key characters at any given moment, SOHH has resurrected some of your most favorite (and hated) “Power” stars to relive their final scenes.

Today, J.R. Ramirez a.k.a. Julio talks about his epic series run, going out with a fight and his final on-set day.

Honestly, I felt like something was going to happen to Julio during season 4 because he was too soft around the edges and we all know, in the world of “Power,” there’s not a lot of room for the weak.

The whole thing went down pretty simple. I got a call from my manager telling me the next episode would be my last. Even though I anticipated the call was coming, I spent that night so bummed. I was having dinner with David Fumero [who played FBI agent Mike Sandoval] when I got the news and, needless to say, I wasn’t very good company!

The preparation aspect of it came pretty easy. I made a few calls to doctors to find out exactly what happens when a person’s Achilles is sliced or if they happen to get skinned alive! One doctor told me verbatim, “Imagine the worst pain a human can ever experience, now multiply that by 100.”

With a scene like that, you have to jump in and give it everything you’ve got. “Power” has an amazing team and they brought me in prior to shooting the scene to talk about and practice every move like it was a dance because that’s what these crazy stunts really are.

That process made it so simple on the day. I didn’t have to think, just react. I’m grateful for the collaboration with the “Power” team. They made it easy for me.

I think Julio’s ambush was the most shocking death “Power” has had. I’d say Raina was the most unexpected but Julio’s was definitely the most shocking to me. I think it was important to have Julio around for as long as they did. He was the only one who was truly trustworthy within all the chaos that was happening.

You can’t have the Yin without the Yang. I believe Julio was a good person that happened to be born in a place where it’s extremely difficult to do anything else than the street game. He was beloved by the “Power” fans so it was difficult answering all their questions after the episode aired, but beyond rewarding at the same time. He had a good run!

It was the most surreal experience and hardest day of my professional career. It was the final scene I shot and it was a long, emotional, hard day to get through.

As I said, I was ready to give it my all that day. So much so that I broke my hand about 5 hours into filming, but I wasn’t going to let that stop Julio from going out with a fight. I was fortunate to have a great, collaborative director in Dennie Gordon who respected that Julio wanted to fight to the bitter end. She played the scene beyond the written page, with Julio crawling away after being stabbed in the chest, which ended up being one of the most poignant moments in Julio’s demise. I am really proud of that scene and grateful for the team behind it.

This Fall, J.R. stars in the new NBC series MANIFEST on Mondays at 10pm. Be sure to catch J.R. on the second season of Marvel’s JESSICA JONES streaming on Netflix now.