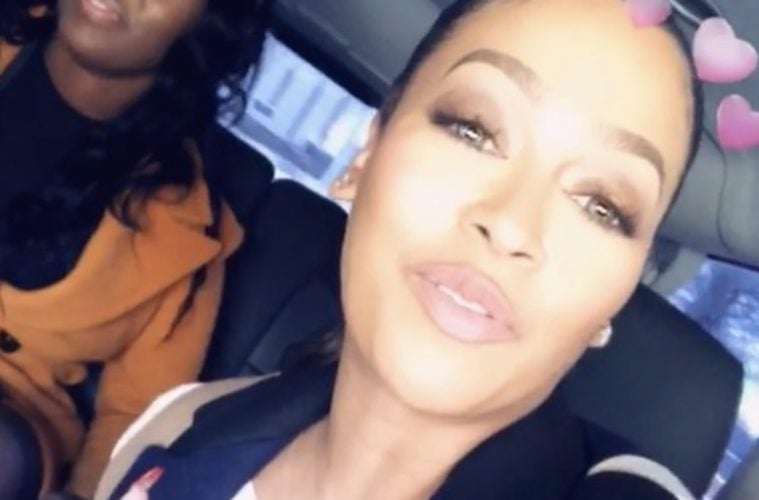 “Power” actress La La Anthony is giving fans another reason to buy their Black Panther tickets in advance. The Hollywood starlet has lit up social media with a hefty co-sign for Marvel Studios’ upcoming movie.

Anthony went to her Instagram page Wednesday (February 14) to speak on her personal connection to the superhero flick.

A few hours ago, La La’s “Power” co-star Omari Hardwick shared a pic of himself alongside Black Panther standout Michael B. Jordan.

We ain’t plan the coats…just always been connected. Ain’t plan the careers either. God handled that. But we definitely knew the journey would leave us proud of each other. Tonight i was way way more proud. My lil bro & his @blackpanther team. #TopNotch☝🏾✊🏾

This week, King of the South T.I. linked up with retail giant Wal-Mart to hook local Atlanta residents up with free Black Panther screening passes.

The Grammy Award winning artist, producer, rapper and actor is no stranger Walmart. He’s known for making surprise visits to Walmart on Christmas Eve where he’s purchased Christmas gifts for the children of single mothers standing online in the store. T.I.’s activism and commitment to the community made him the ideal celebrity for Walmart to partner with for their Marvel Black Panther free ticket-giveaway and advance screening. Nearly 250 lucky ticket holders will join Walmart, T.I. and specially invited VIP guests for a preview of Marvel’s Black Panther on February 13th, three days ahead of its national release.