With the top spot secured, Malone welcomed new debuts from rappers Playboi Carti and Tee Grizzley into the Top 10.

For the third week in a row, Post Malone’s beerbongs & bentleys sits atop the Billboard 200 chart dated May 26, as the album earned 147,000 equivalent album units in the week ending May 17 (down 24 percent), according to Nielsen Music. Rapper Playboi Carti earns his best week yet, as his surprise release Die Lit debuts at No. 3 with 61,000 units. Closing out the top 10 is rapper Tee Grizzley’s debut studio album Activated, which arrives at No. 10 with 33,000 units (with 26,000 of that in SEA units). (Billboard) 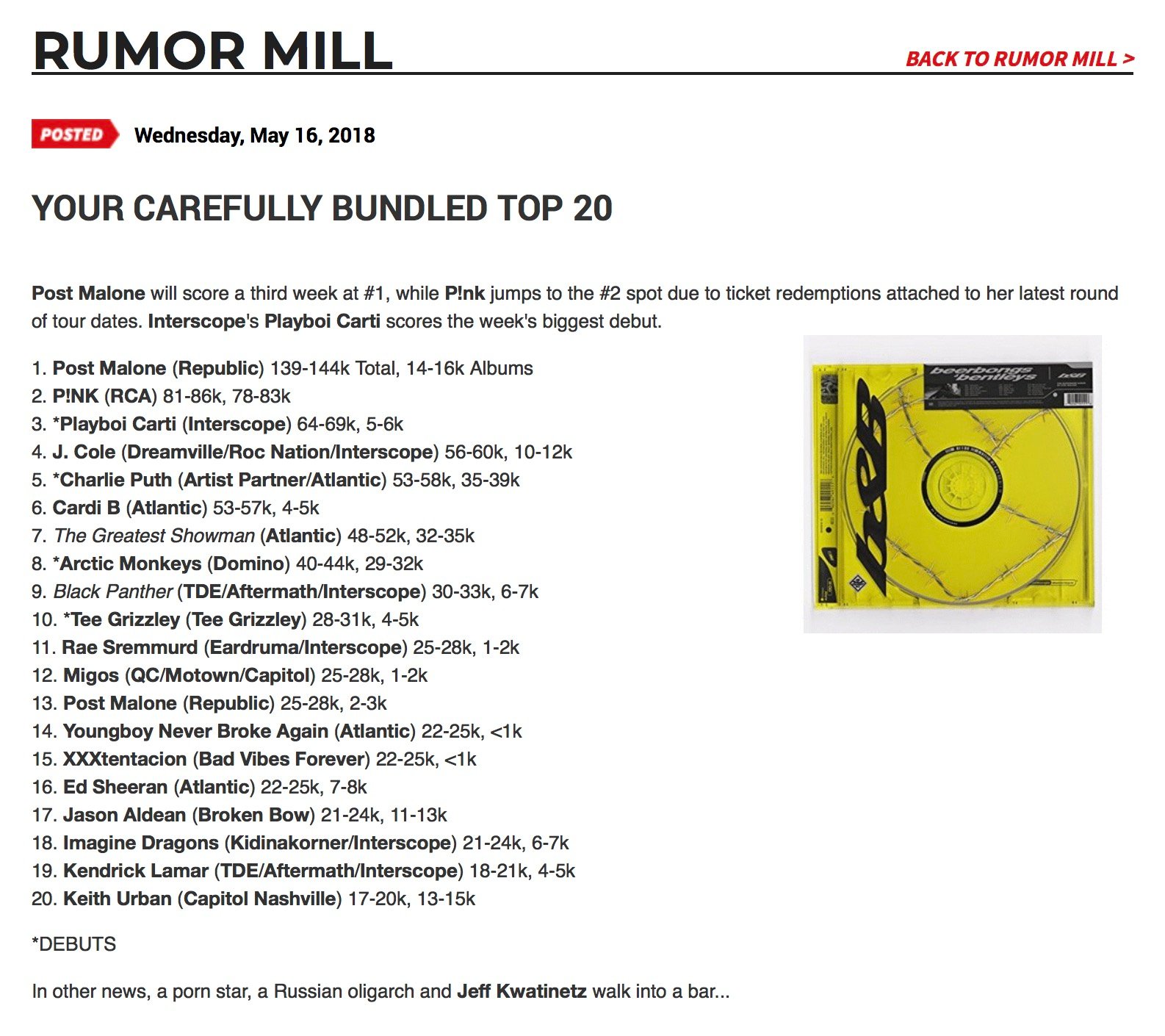 Earlier this month, Playboi shocked fans by randomly putting out his LP.