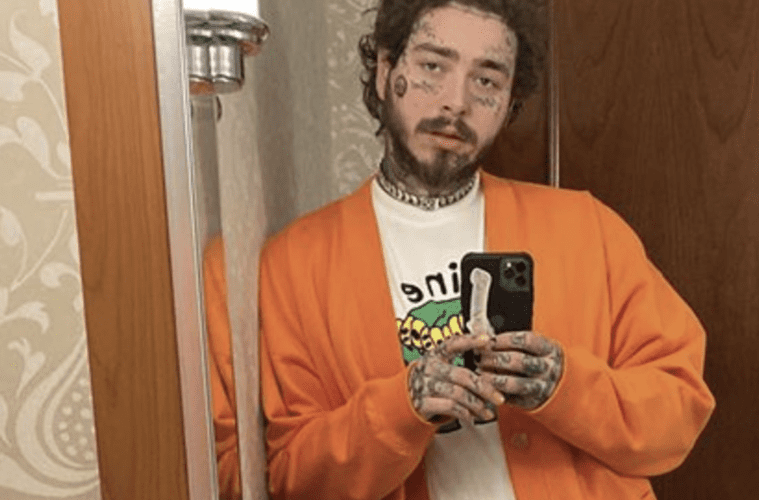 Texas hip-hop artist Post Malone knows he threw it down this week. The rap entertainer went online to share a major moment from his Nirvana tribute at-home concert.

Last night, the Dallas rap artist hit up Instagram with a caption-less post. The shot features Malone channeling his inner Kurt Cobain and throwing down on a guitar.

On Friday, Post held a live concert to benefit the United Nations Foundation’s COVID-19 Solidarity Response Fund by putting on a Nirvana tribute concert. Former Blink-182 drummer Travis Barker joined him, and together the pair raised over two million dollars for charity.

“What’s up, party people” Malone said during the gig. “We’re gonna play some Nirvana for you, and have some fun, and hopefully I don’t fuck up.” Malone added, “Thank you to the gentlemen who wrote these beautiful songs.” Backed by a socially distanced band that included drummer “Sir” Travis Barker, Malone delivered a 15-song, 80-minute set of Nirvana tracks, including a near-complete performance of the band’s classic Nevermind; that album’s “Polly” and, surprisingly, “Smells Like Teen Spirit” were the only songs not covered by Malone and company. Malone also played three tracks off In Utero (his opener “Frances Farmer Will Have Her Revenge on Seattle,” “Very Ape” and “Heart-Shaped Box”) as well as a pair of Bleach cuts (“About a Girl” and “School”). (Rolling Stone)

Former “Empire” actress Courtney Love, the wife of late band leader Kurt Cobain, showed her support for Malone on Instagram. The veteran entertainer acknowledged how much Malone raised in millions

Nirvana bassist Krist Novoselić was a fan of the endeavor as well, tweeting out his support during the livestream.

“I don’t think these fellows can play any better. They are on fire!!!!” Krist Novoselic’s Twitter