Post Malone Pens Open Apology For Breaking Promise: “I Know Everyone Is Mad At Me Right Now”

Rap newcomer Post Malone has stepped forward to publicly apologize for not delivering on a long-awaited mixtape release.

Malone went to Instagram Sunday (August 28) and explained why his Stoney project had not yet arrived. 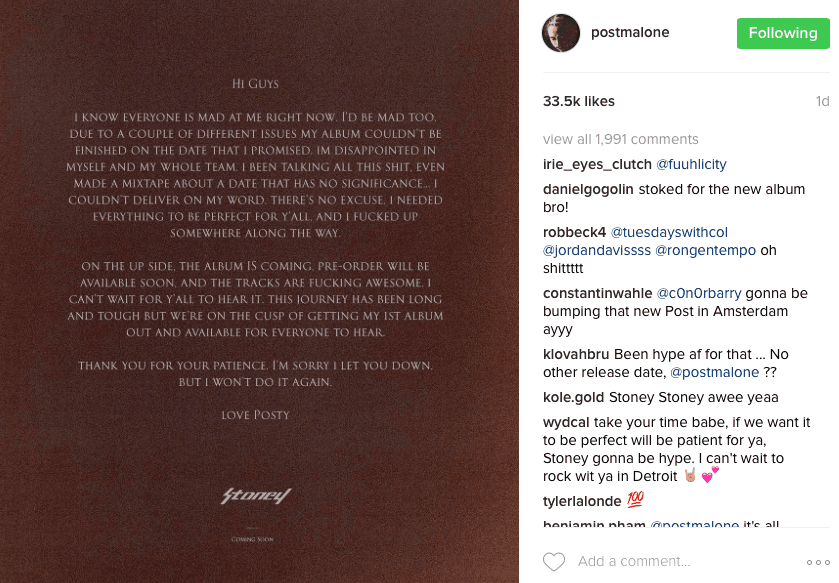 Earlier this year, Post promised to deliver a new mixtape on August 26.

AUGUST 26 THE MIXTAPE OUT NOW ! LINK IN BIO

Back in June, XXL Magazine editor-in-chief Vanessa Satten addressed controversy over Malone not making the publication’s Freshmen Class of 2016 list. 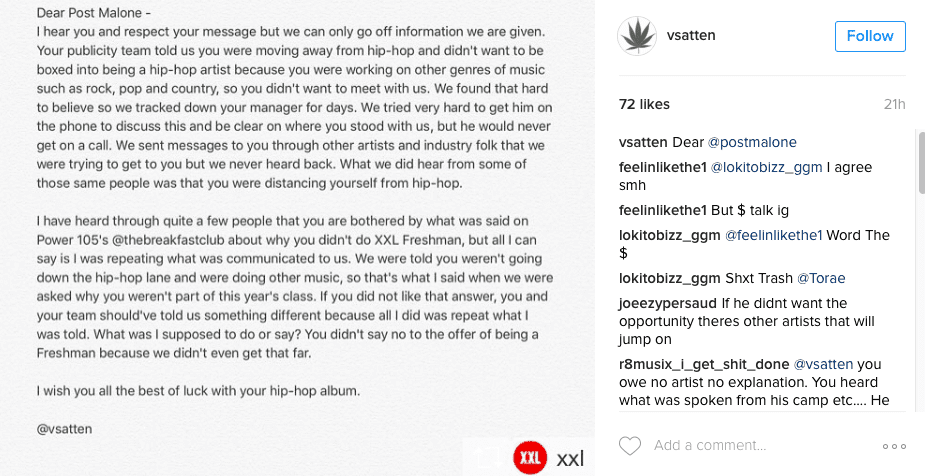 Malone initially spoke out on why he did not land on the cover and blamed it on his disinterest in traveling for the photo shoot. 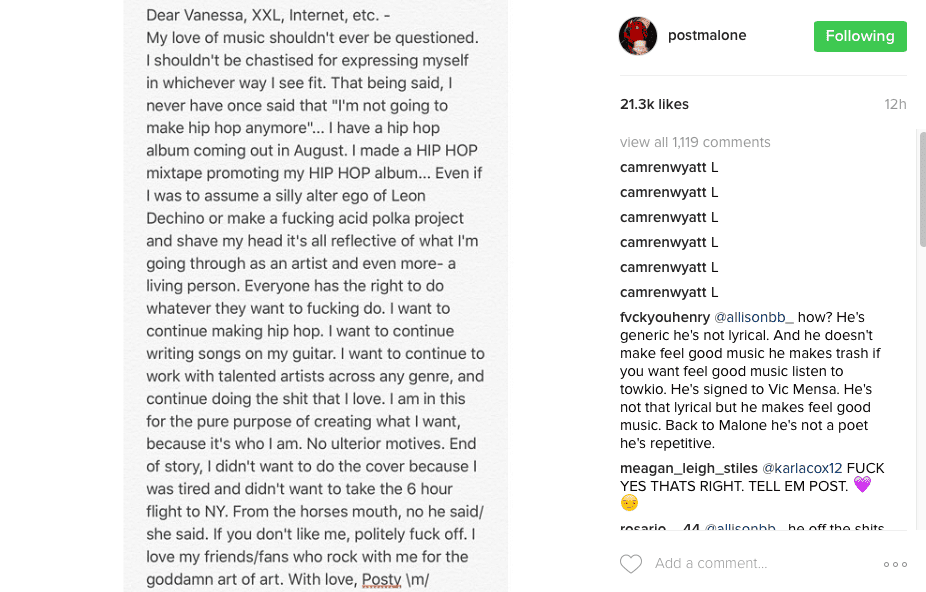