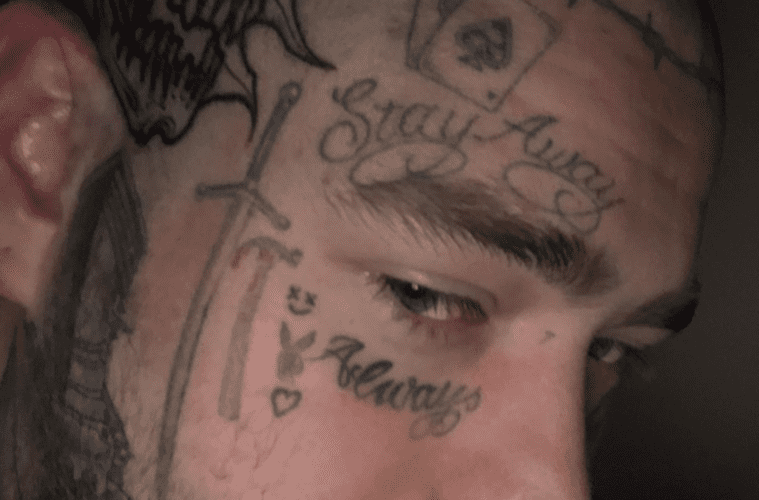 Music superstar Post Malone is switching it up. He went to social media last night to reveal some major new ink while also debuting a completely different hairstyle than his typical one.

Posty shared a new shot on Instagram of him with his hair shaved off. He also debuted a new skull tattoo on the side of his head.

PM recently spoke out following the murder of innocent black man George Floyd. He used his social media to share a powerful message asking for accountability and justice.

He low-key relaunched his Shaboink lifestyle brand last month and partnered up with a big nonprofit to help those fighting the coronavirus pandemic. Post Malone and Shaboink partnered with Direct Relief to donate 40,000 face masks.

As part of the partnership, Shaboink will donate 40,000 N95 masks to be distributed to frontline medical workers across the country. Originally launched as a CBD company last summer, the plan was for Shaboink to relaunch as a full-fledged lifestyle brand, with the addition of apparel, accessories and merch. But Malone, who’s been self-isolating at home in Utah, says those plans suddenly seemed trivial when confronted with the current coronavirus pandemic. “I’ve been working with my team on a number of unreleased products that fit into my lifestyle that I can’t wait to share with my fans,” he says, “[but] when faced with COVID-19, I knew it was important to pivot to products that could help us stay clean now, so we can get back to shaboink’ing later.” (Rolling Stone)

In April 2020, Post held a live concert to benefit the United Nations Foundation’s COVID-19 Solidarity Response Fund by putting on a Nirvana tribute concert. Former Blink-182 drummer Travis Barker joined him, and together the pair raised over two million dollars for charity.

“What’s up, party people” Malone said during the gig. “We’re gonna play some Nirvana for you, and have some fun, and hopefully I don’t fuck up.” Malone added, “Thank you to the gentlemen who wrote these beautiful songs.” Backed by a socially distanced band that included drummer “Sir” Travis Barker, Malone delivered a 15-song, 80-minute set of Nirvana tracks, including a near-complete performance of the band’s classic Nevermind; that album’s “Polly” and, surprisingly, “Smells Like Teen Spirit” were the only songs not covered by Malone and company. Malone also played three tracks off In Utero (his opener “Frances Farmer Will Have Her Revenge on Seattle,” “Very Ape” and “Heart-Shaped Box”) as well as a pair of Bleach cuts (“About a Girl” and “School”). (Rolling Stone)