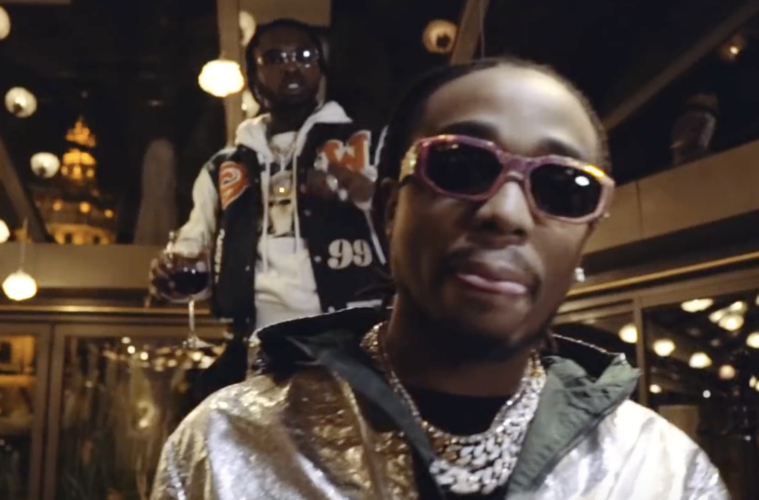 In the visual, which was shot by designer, OFF-WHITE founder and Louis Vuitton artistic director Virgil Abloh, follows the rappers as they sip wine, enjoy a meal (and the company of their fellow diners), hang out in the kitchen of the restaurant and then and peel through the streets of the City of Light in a Ferrari Pista. Paris provides a stunning backdrop for their jovial night out, and Pop Smoke and Quavo are all smiles as they trade verses on the track while hyping up themselves — and everyone around them — through their wild night out. (Billboard)

CLICK HERE TO WATCH THE FULL ‘SHAKE THE ROOM’ VIDEO

The pair reportedly had a project titled ‘Huncho Woo’ in the works with nine songs already completed.

In mid-February 2020, Pop had his life taken away from him. The rap star died from a fatal shooting in California.

Fellow New York rapper 50 Cent recently stepped up to take over production of a posthumous album. He’s making sure to feature hip-hop stars such as Roddy Ricch and Post Malone.