Plies & Young Thug’s Beef Gets Uglier: “You Don’t Threaten Me To Do Nothing, P*ssy N*gga” [Video]

Southern rapper Plies has fired back at Rich Gang’s Young Thug following a publicized threat to remove a video of his daughter from Instagram this weekend.

Plies responded to Thugger’s threat with some less than friendly words.

Find out where this feud stemmed from on the next page… 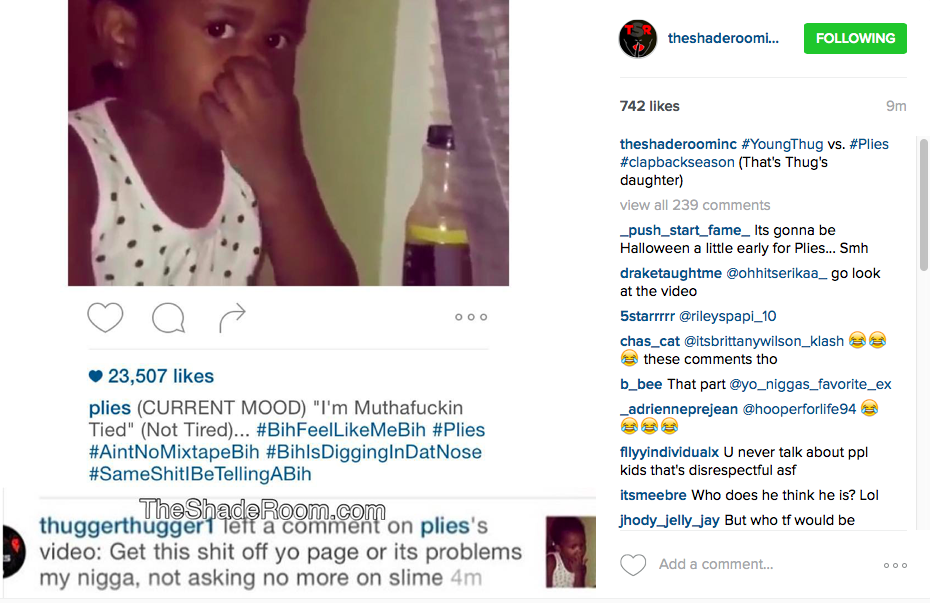 “300 Entertainment recording artist Young Thug has announced the release of his new mixtape, BARTER 6. The collection, which marks the rapper’s first solo outing in more than two years, is available now at all digital retailers. Hy!£UN35, Young Thug’s long awaited debut album, arrives at last on August 28th. “300 is proud to present Young Thug! We believe he is a unique artist who will have a special place in the future of hip hop” – Lyor Cohen, 300 Entertainment” (Statement)