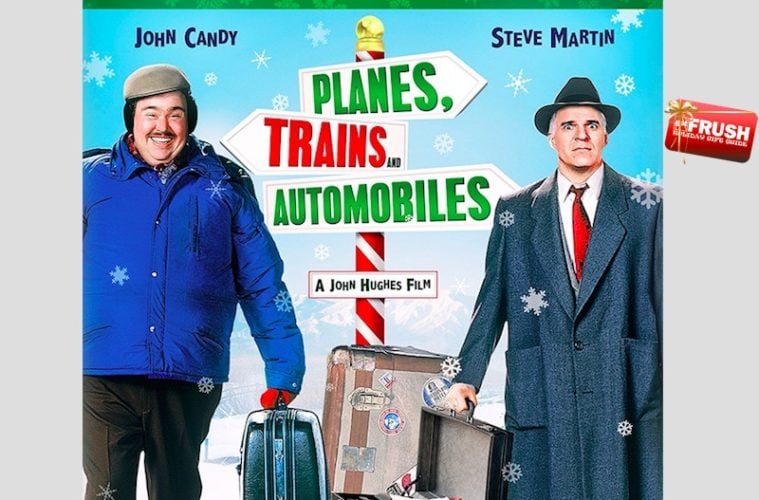 With the holidays officially here, SOHH and lifestyle affiliate getFRUSH have once again teamed up for the annual holiday gift guide of the hottest and coolest gifts! From Cyber Monday (November 27) through December 31, we’re highlighting must-own gadgets, movies, music and awesome present ideas with giveaways and reviews!

Today, check out SOHH/getFRUSH entertainment correspondent Ryan Proctor’s top five reasons you should buy and celebrate the 30th anniversary of Planes, Trains & Automobiles on Digital HD, DVD and Blu-ray right now! [Make sure to read each reason and enter to win your own copy!]

It’s Christmas time already ready SOHH and getFRUSH community. With ‘Santa’ already hard at work, may be take some time to reflect on the nostalgia that was one of the funniest Christmas movies of all time with two of the funniest people in their heyday, John Candy and Steve Martin in Planes, Trains, and Automobiles. Let’s start the top five reasons you should take a step back and get the classic Planes, Trains and Automobiles by focusing on the two main stars – John Candy and Steve Martin.

When you think of 80’s comedy, usually four names come to mind: Eddie Murphy, Bill Murray, Steve Martin and John Candy. Two of the four funniest people of the decade provide some of the funniest moments of that decade. On their own Candy and Martin can carry a movie on their own, but damn, no one knew how funny they would be together. Will Ferrell and John C. Riley (Step Brothers) are second to how great those two were in this film.

CLICK HERE TO CHECK OUT THE OTHER REASONS & ENTER TO WIN YOUR OWN COPY!