It's no secret Pharrell Williams has made a name for himself in the sneaker industry with his popular HUMAN MADE kicks. Ahead of a new adidas Originals by HUMAN MADE gearing up to drop, one footwear designer has reimagined and reshaped the foot apparel for the future. On Sunday, designer Finn Rush Taylor went online to share a slew of pics featuring Pharrell’s kicks reimagined. Finn shared nearly 10 pics of how Williams’ sneakers could look if he gets involved in future designs.

This week, HUMAN MADE and Pharrell promoted an upcoming pair of adidas Originals set to drop in the next 48 hours. The brand’s Instagram page even announced a select amount of kicks would be available in preparation for a global release.

In addition to his sneakers, Pharrell is also all about the foot slide lifestyle. The hip-hop star recently shared a sneak peek at his newly released adidas Originals slides.

Back in September 2016, Pharrell and adidas Originals shocked the sneaker world with the launch of a new “Hu” collection. The brand put a focus on connecting people with their passions and embracing the human race.

Pharrell Williams and adidas Originals are continuing their illustrious partnership with “Hu,” a collection of apparel and footwear that celebrates cultural diversity around the world. The “Hu” collection is said to represent Pharrell’s vision of connecting people with love, passion, energy and, most evidently in the clothing, color. “Hu is short for human – human being, human race, humankind,” says Pharrell, “But Hu, itself is also a reference to color. As human beings, we all have a color. We all look different, we all speak different languages, but we’re all connected.” (HIGHSNOBIETY) 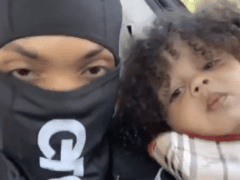