In a recent ELLE feature, Young talked about avoiding stereotypical female appearances during her youth.

The real Young M.A doesn’t do makeup, even on camera. In the throwback childhood photo she chose to be her first-ever Instagram post, she wears a full football uniform and a giant smile. “Sometimes I question why I was born this way. I never wanted to wear skirts or shoes, makeup, nails, dresses, or even wear my hair a certain way,” the caption reads. “I always wanted to wear sneakers, stud earrings, hair in a ponytail, and play with the boys. I never wanted to be a cheerleader, I wanted to play football. I always wanted to be the boy doll. I never understood it until I got older and realized this is just who I was meant to be and I am proud of who I am.” (ELLE) 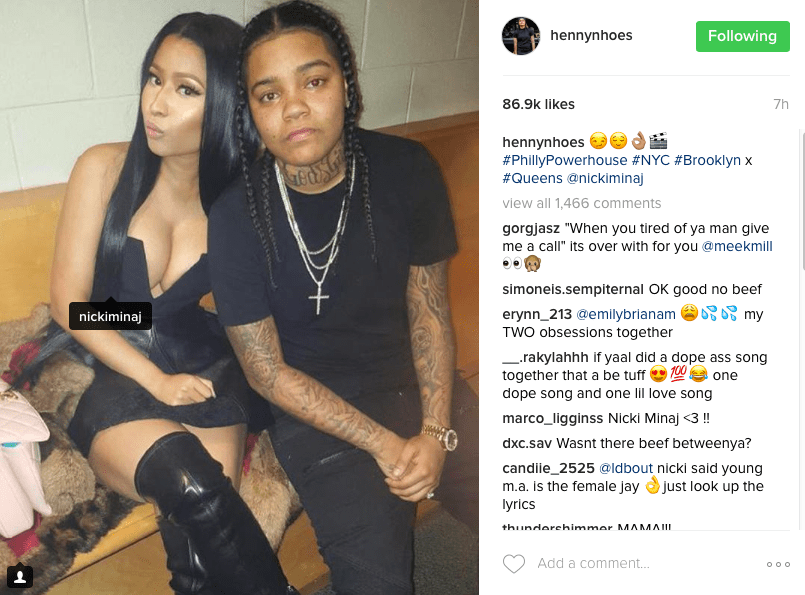