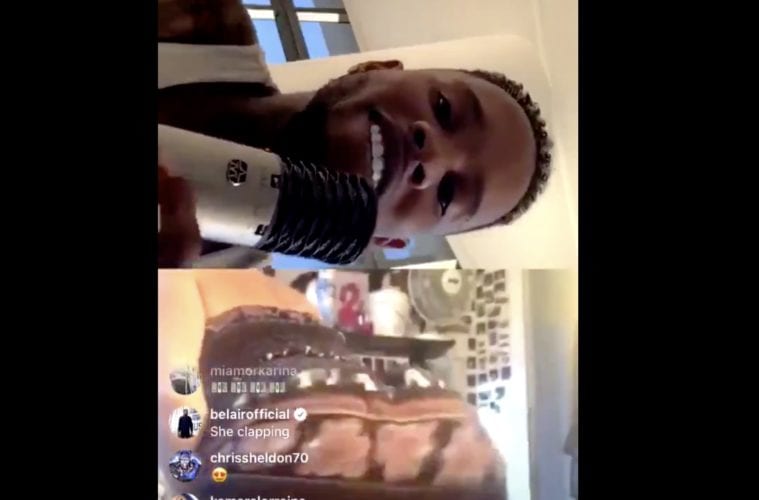 Rap crooner Tory Lanez is living it up in quarantine. The hip-hop star has turned Instagram Live into a must-see spectacle courtesy of some jaw-dropping antics.

This week, Tory lit up his account with a ton of wild live moments. The rap singer had everything from women twerking for their boyfriends to elusive singer Bryson Tiller pulling through for a little karaoke.

“pulled up in my drawls and had a blast. Thank you @dnice for the vibes we needed that! Who else was in there?! #homeschool” -Anderson .Paak

“This man right here. I joined the HOME SCHOOL party 2 days in a row and danced myself happy. The hero of the quarantine is @dnice nothing like great music and good vibes. He brought us all together. Thank you D-Nice. Thank you!” -Tracee Ellis Ross

“We were there from day 1 now to 100k!! You’re name is in the history book @dnice! As bad as we need a cure we also needed this moment of togetherness. Coming together will change everything. Thank you bro!!.. Can’t wait to dance again tomorrow! 3pm! Yall don’t be late or the fire marshall will fosho shut that thang down!” -Tank

“The whole internet watching @dnice DJ while i’m just at my studio tryna make a beat like ….” -Royce Da 5’9