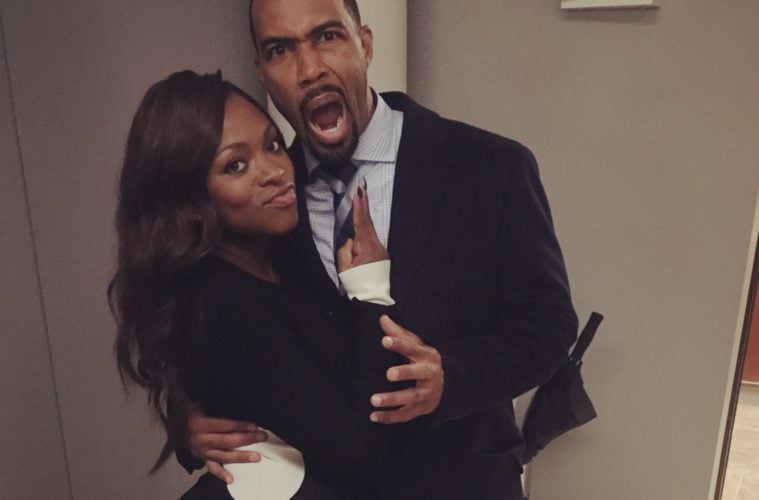 Omari Hardwick & Naturi Naughton Return To POWER Set For Season 5 Filming: “Crew Is Back At It”

Hollywood stars Omari Hardwick and Naturi Naughton are getting the cameras rolling again. The on-screen duo have teamed back up for the season five “Power” filming.

The Starz Instagram page has a shot of the St. Patrick family teamed back up for next season’s production.

The hustle never stops. The #PowerTV crew is back at it for Season 5.

Earlier in the week, Naughton hit up her Instagram page with on-set pics.

Earlier in the week, show producer/actor 50 Cent shared an on-set pic of himself and “Power” co-star Joseph “Tommy” Sikora.

This week, a report emerged about Larenz Tate landing a regular role for season five.