Dipset’s Juelz Santana has appeared to respond to widespread rumors and reports claiming he is losing his New Jersey home this week.

Juelz posted up a picture of himself alongside his son and seemed to shut down the drama on Instagram Monday (May 16). 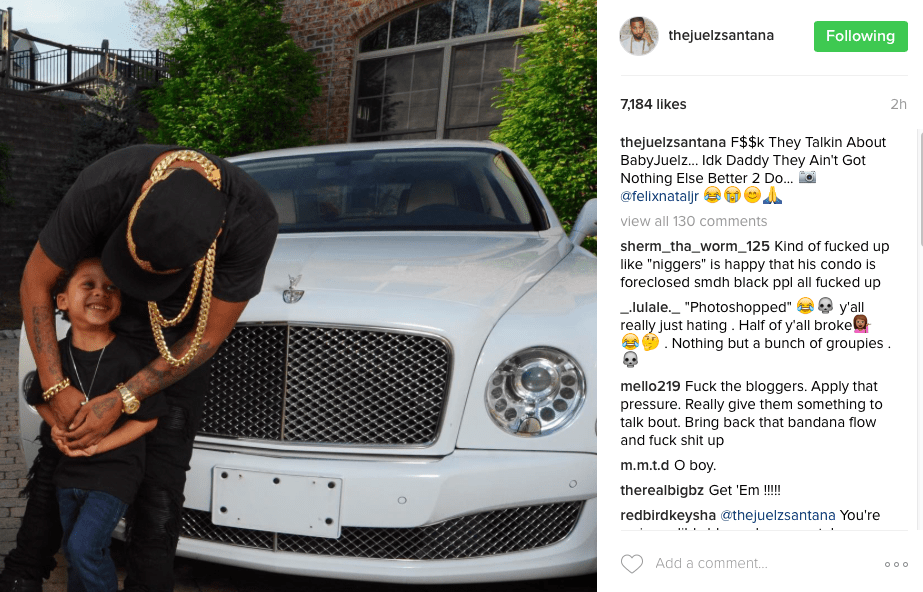 We’re asking because we’ve learned that Juelz has lost his New Jersey condo to foreclosure because he hasn’t made a mortgage payment in nearly THREE years. A judge issued a final foreclosure judgment against Juelz April 22, and his 2,300 square foot condo – in the same development where the Notorious BIG once lived – will be sold at a sheriff’s sale. (Bossip)