A screenshot of what appears to be Kanye’s LP song roundup bubbled online Wednesday (March 4) evening. 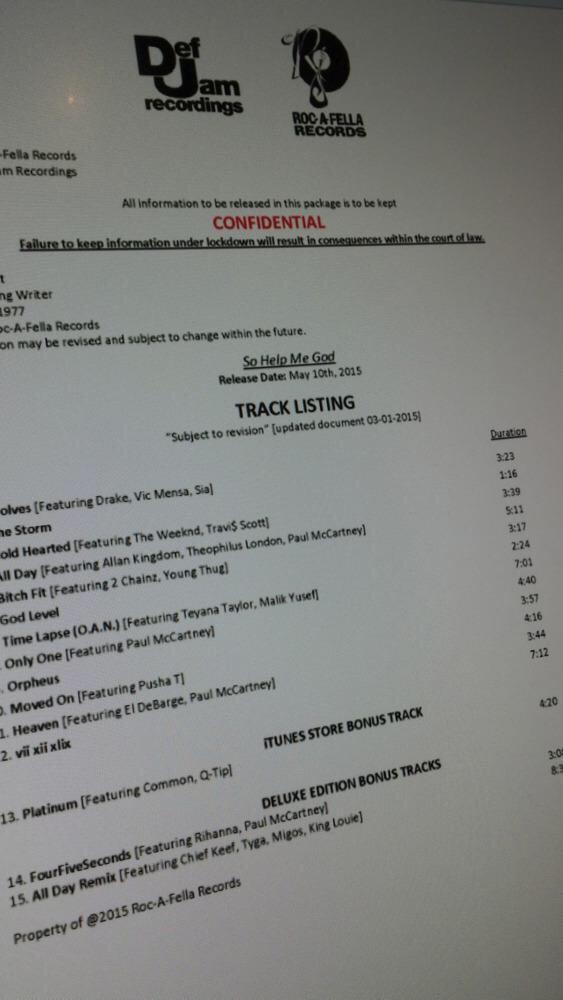 According to Ye’s wife Kim Kardashian, new artwork supposedly of his upcoming LP is for his “All Day” single and not his album.

Sick artwork for All Day! It's the 13th century symbol for the Virgin Mary #SoHelpMeGod http://smarturl.it/YeezyAllDay

Kanye announced his Yeezus follow-up album title this past weekend.

“I made that beat while I was sitting on my boys couch watching ‘Saturday Night Live.’ I usually do everything in the studio, but I did that on a couch with a keyboard on my lap just chilling – I guess Kanye was rocking with it, so he gave it to Kanye. [Montana] doesn’t make beats but he has ideas. He always has ideas for his tracks. Him and Kanye went back and they had some ideas and added some stuff. There’s stuff that I didn’t put in the beat that they added to it. So that’s where the co-production came in. He was definitely involved.” (MTV)