Grammy-winning rapper Kendrick Lamar is reportedly gearing up for fatherhood. The hip-hop star is expected to welcome new life with his longtime girlfriend Whitney Alford.

While K. Dot has not confirmed or denied the gossip, new buzz claims the Top Dawg Entertainment stud is going to soon experience daddy duties. 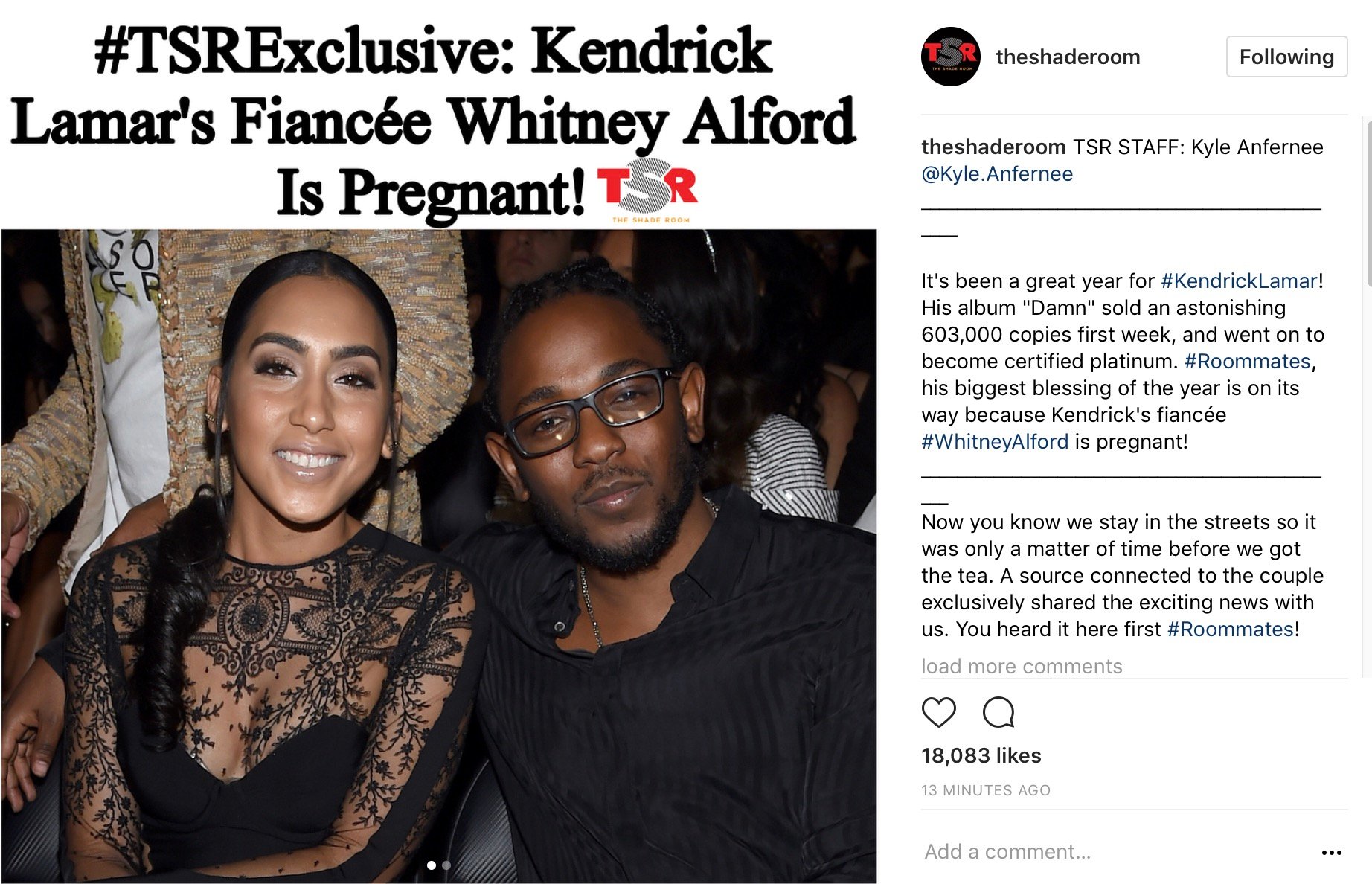 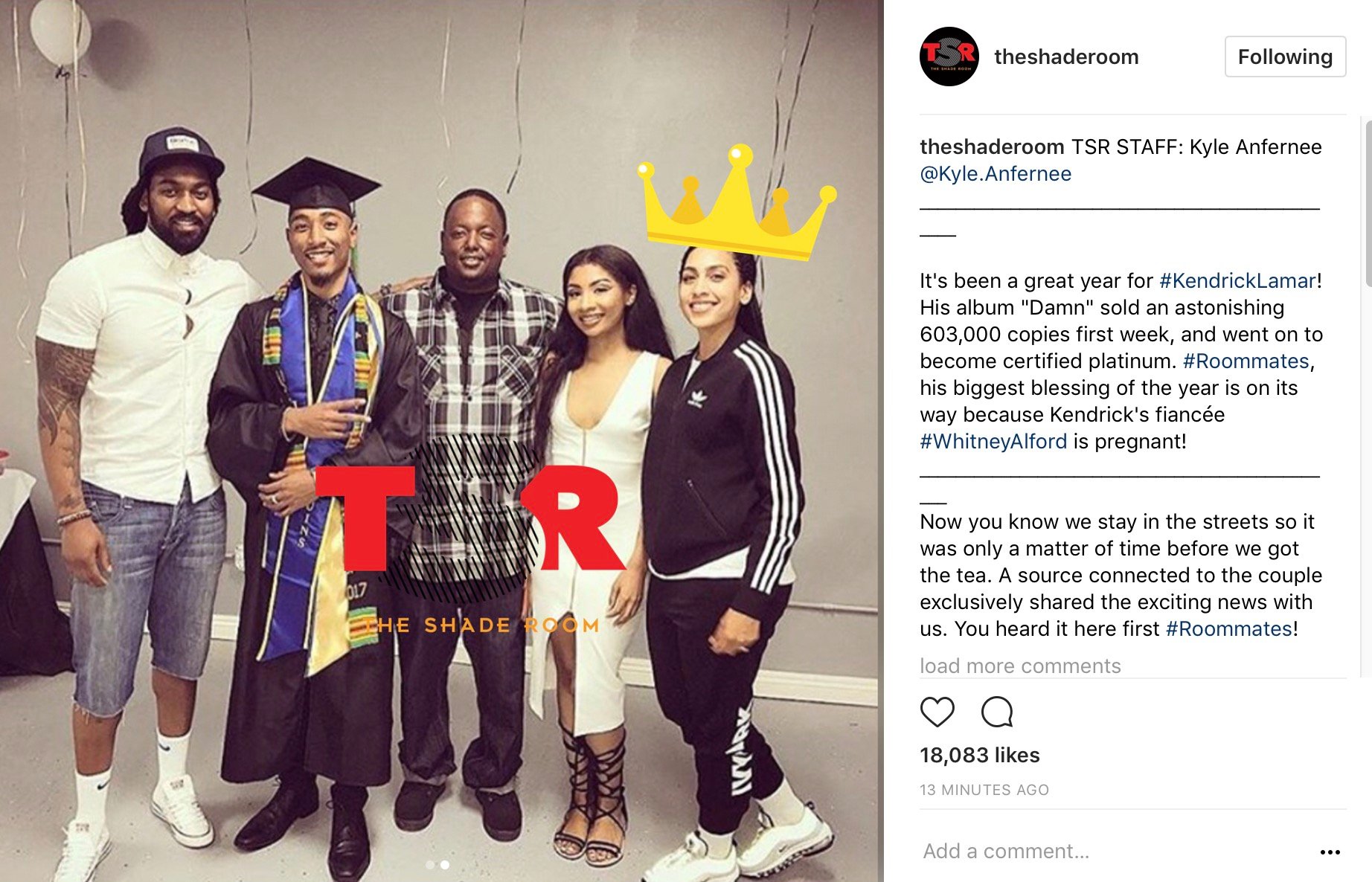 Past rumors claimed K. Dot may have quietly tied the knot with Alford.

There had already been speculation that the loved-up pair were set to announce their engagement but it sounds like they might have just jumped straight to wedded bliss! The paper says the rapper has been spotted wearing a new wedding ring earlier this week.

A few years ago, Lamar hinted at having a secret lover.

“The main one is a friend of mine — a lady friend who has known me since high school. She has always been someone, since day one, who has said something whenever I’m an asshole, or also if I’m doin’ something positive — but more so when I’m out of my element.” (Interview)