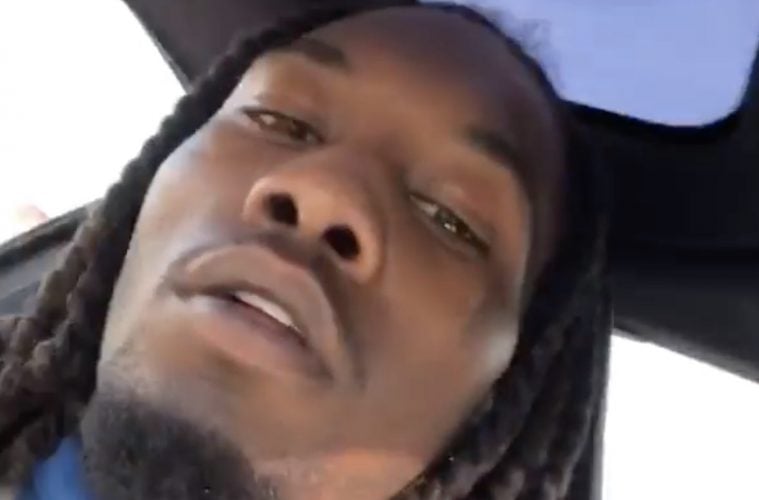 Atlanta rapper Offset is focused on making sure his family’s good-good. The hip-hop star went to social media this weekend to remind fans he’s focused on his day ones.

On Sunday, Offset shared a pic of himself and one of his children.

Cardi touched down at LAX Thursday with a big grin on her face and her phone in hand. The person on the other end? Offset! Our photog spotted the Migos rapper on Cardi’s screen and asked who it was … Cardi’s response … “My significant other.” (TMZ)

A few days ago, Cardi shut down reports claiming she had officially reunited with the Migos rapper.

Update: Cardi B was in court Thursday morning for a hearing in her strip club fight case, and as she was leaving, she commented on the status of her relationship with Offset. When asked how things are going on that front, Cardi responded, “We’re working things out, baby.” There have been signs pointing towards a potential reunion, and now TMZ is reporting that the two are back together. However, Cardi B said that isn’t true: A bit after 9 AM EST this morning, Cardi wrote in a tweet that was quickly deleted, “TMZ why ya be lying. I haven’t even been in Atl since Christmas.” (UPROXX)

Sources close to the couple tell us … Cardi’s returning to the Atlanta home they shared before the breakup. We’re told this is the first time she’s been back to stay there with Offset and Kulture since December … when she ripped into her husband for allegedly cheating. We’re told one of the key factors was Offset changing his phone number, in order to show Cardi he’s serious about being honest and faithful. Our sources say the new digits are strictly for Cardi and business calls. (TMZ)