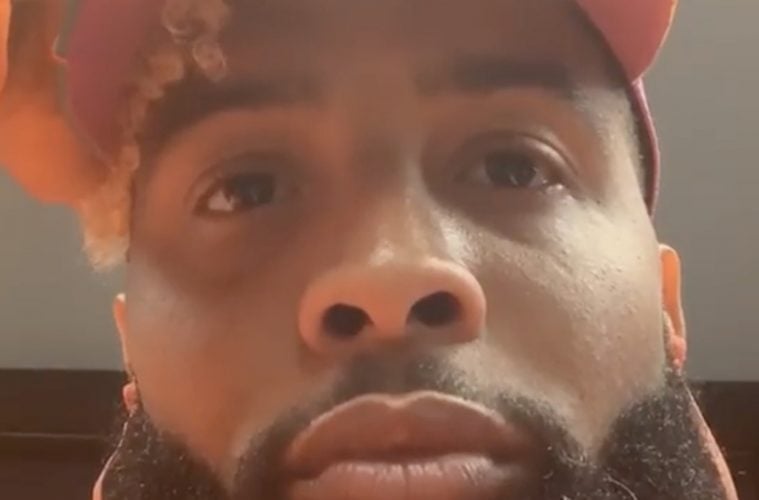 NFL superstar Odell Beckham Jr. is a Cleveland Brown and making sure the entire world knows it. The wide receiver hit up social media this week to flex his status on the AFC North team.

Weeks after getting traded from the New York Giants, OBJ hit up Instagram Monday with shots of himself showing off his Browns jersey.

God, Im so thankful for this opportunity to continue doin what I love …. Believeland LETS ROCK OUT!

A few days ago, Odell linked up with “Power” star Naturi “Tasha” Naughton.

Recently, OBJ hit up Instagram to let fans know he’s pulling the plug on his timeline for the next few days.

Hang in there @obj keep ya head up and hyped for your comeback! #SOHHNews pic.twitter.com/FDwzZtohlO

Last month, Odell released a slew of Browns-inspired posts including one of himself and quarterback Baker Mayfield in a Rocky meme.