OBJ went to Twitter this week to reveal his speechless take on ESPN’s televised sketch. 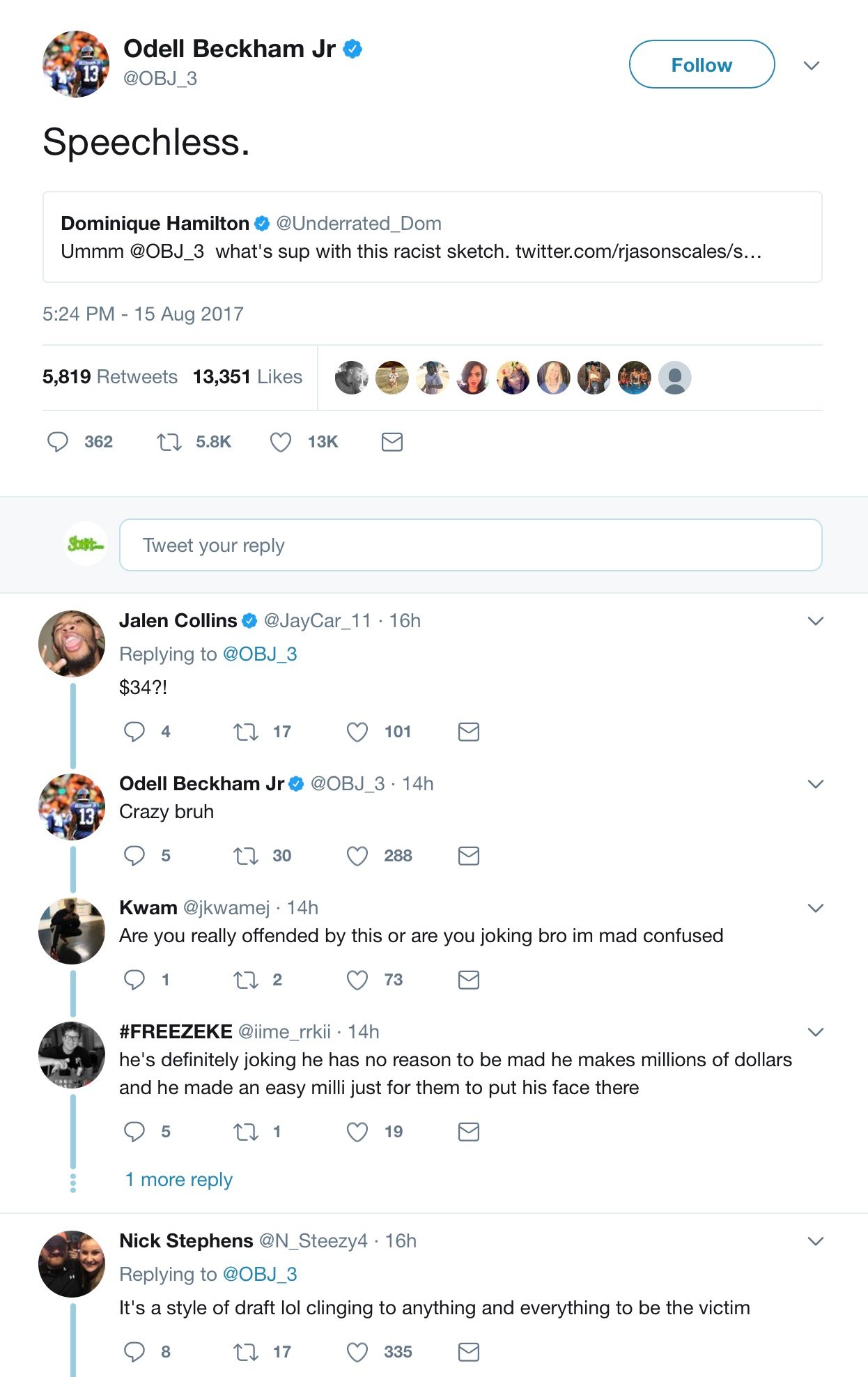 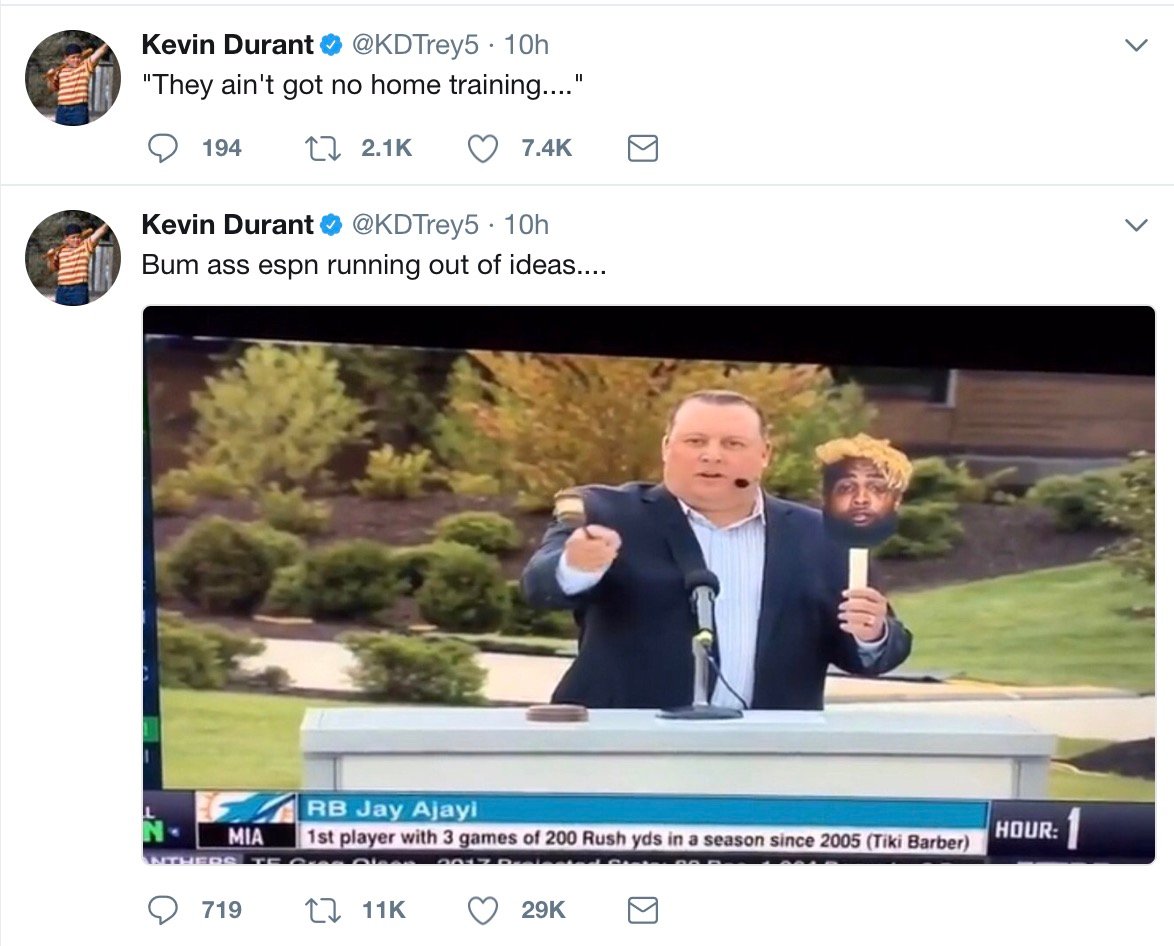 “Auction drafts are a common part of fantasy football, and ESPN’s segments replicated an auction draft with a diverse slate of top professional football players. Without that context, we understand the optics could be portrayed as offensive, and we apologize,” ESPN said in a statement. (Fox Business)

Tensions primarily flared due to the lack of black people in the fictional bidding audience.

The more troublesome thing here is that the crowd was overwhelmingly white and no African-American men can be seen representing a group that they are part of–fantasy football and football fans. This group appears to be a group of ESPN employees likely drawn into the scene as “extras.” (The Big Lead)