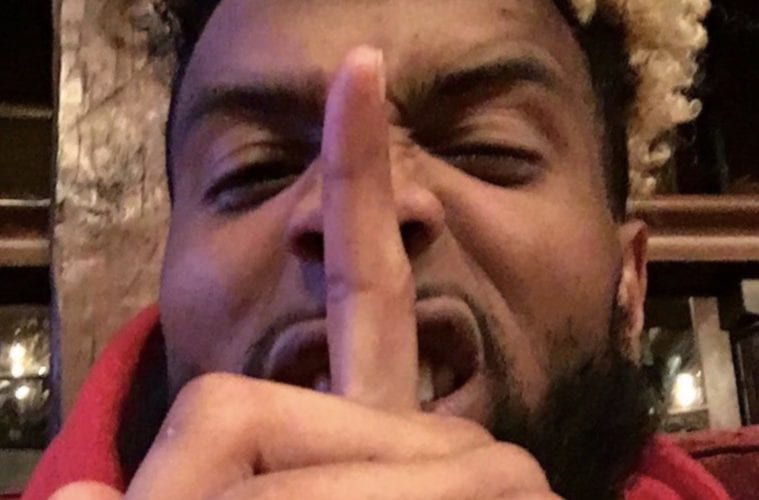 NFL superstar Odell Beckham Jr. is using the power of social media to speak up. The popular athlete has stepped forward to share his issues with people violently protesting police brutality and the murder of George Floyd across the nation.

Beckham Jr. initially went to Twitter to speak up on the situations happening from throughout the East Coast. While Odell understands the anger, he said he couldn’t support violence as an option for getting justice.

“IM FRUSTRATED. More so because I don’t even kno how to speak or comment on this issue that’s been goin on for so long. I hate feeling defeated as if the words I wanna say [email protected] be enough to stop what’s goin on. I’m Tired. People are losing brothers sisters daughters. Losing fathers mothers aunties uncles etc…. VIOLENCE isn’t not the answer … cops killing us is not the answer, us killin cops is not the answer. VIOLENCE WILL ONLY BRING MORE VIOLENCE. God …. I’m praying that u can place your healin hand of grace upon this world . We NEED u right now more than ever. This has gotta end. Enough is enough. It’s that time. At this point u either chose to be apart of the solution or you’ll remain a part of the problem. The chose is yours. But let’s make the right chose so our kids kids wont have to grow up in this world we’ve creaTed. I’m pray for PEACE. I pray for resolutions. I pray for NO MORE.” -Odell Beckham Jr.’s Twitter

Beckham Jr. also made sure to let followers know he couldn’t win everyone over. Odell waved the white flag and refused to entertain criticism of his tweets.

“Btw. I’m really not here to fkn debate wit any of y’all neither. So u can miss me wit any retweets or comebacks or anything . It’s just enough . The saddest part to me on the inside is that I feel like our world will NEVER change. There’s so much hate. So much history. I want better for us. Everyone. I’m off twitter. There’s no winnin in this and tbh I was never here to win. Just wanna be apart of the solution goin forward so that my kids kids don’t have to deal wit this. Idk if that will be the case but that’s obviously the goal. It’s really the wrong time to be goin back. And forth wit internet warriors. I’m praying for this world right now . 2020 has been terrible. Honestly I kno people are hurtin. And I kno that I cant make that pain go away. I can’t bring family members back. I just don’t want us to lose anymore.” -Odell Beckham Jr.’s Twitter

Odell also went to Instagram to share some heartfelt words courtesy of Atlanta rapper Killer Mike. Beckham thanked him for the strong words about the violent protests currently happening in Georgia.